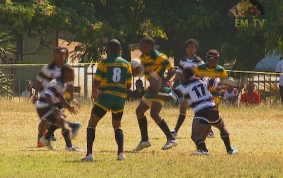 The Semi Professional off season Rugby League Competition, Coca Cola Ipatas Cup will kick off its 2013 season in December.

After a successful season this year, outgoing CEO of the Ipatas Cup Timothy Lepa says he is satisfied with his achievements witnessing players’ progress to the national level.