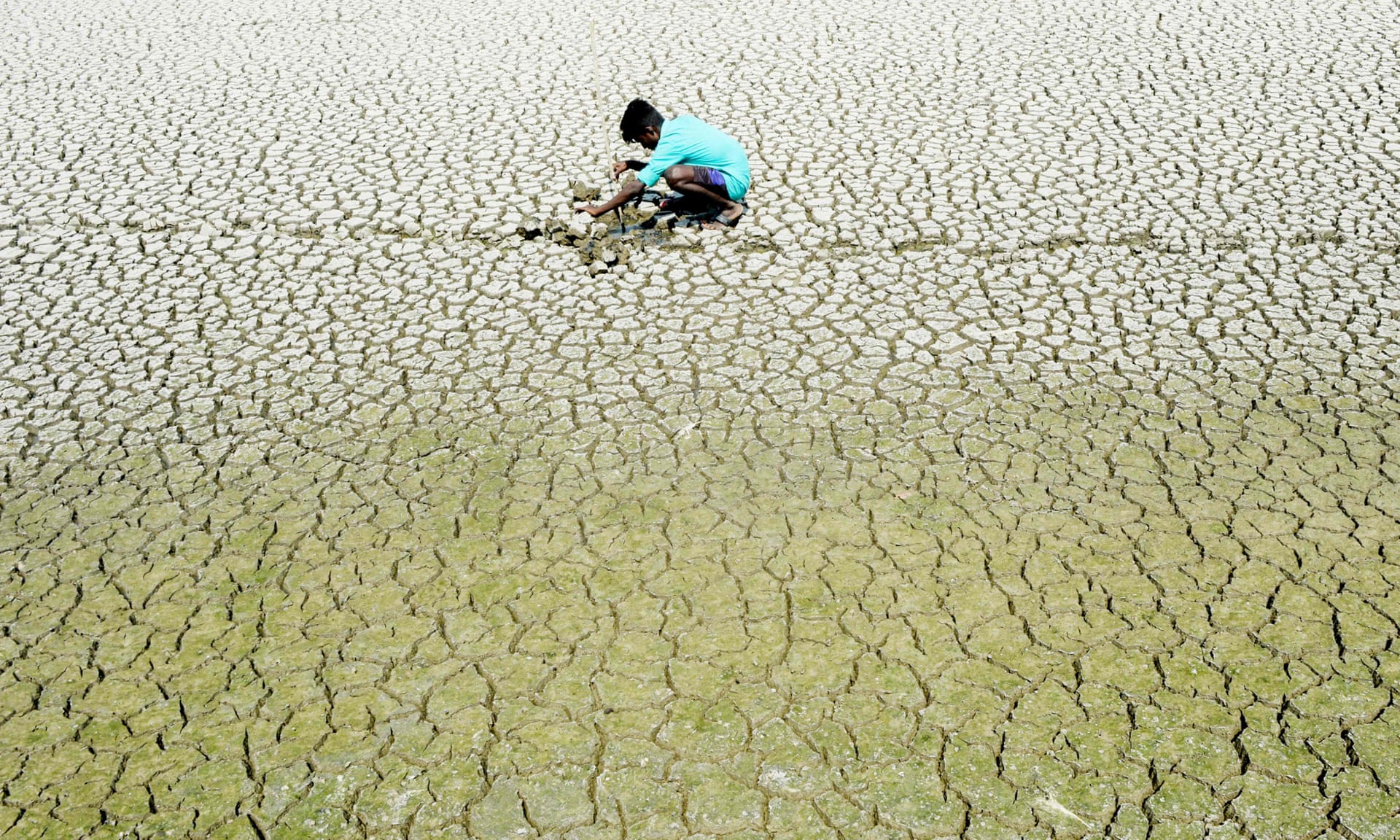 GENEVA, 26 JUNE 2019 (THE GUARDIAN) —The world is increasingly at risk of “climate apartheid”, where the rich pay to escape heat and hunger caused by the escalating climate crisis while the rest of the world suffers, a report from a UN human rights expert has said.

Philip Alston, a UN special rapporteur on extreme poverty and human rights, said the impacts of global heating are likely to undermine not only basic rights to life, water, food, and housing for hundreds of millions of people but also democracy and the rule of law.

Alston is critical of the “patently inadequate” steps taken by the UN itself, countries, NGOs and businesses, saying they are “entirely disproportionate to the urgency and magnitude of the threat”. His report to the UN human rights council (HRC) concludes: “Human rights might not survive the coming upheaval.”

The report also condemns Donald Trump for “actively silencing” climate science, and criticizes the Brazilian president, Jair Bolsonaro, for promising to open up the Amazon rainforest to mining. But Alston said there were also some positive developments, including legal cases against states and fossil fuel companies, the activism of Greta Thunberg and the worldwide school strikes, and Extinction Rebellion.

In May, Alston’s report on poverty in the UK compared Conservative party welfare policies to the creation of 19th-century workhouses. Ministers said his report gave a completely inaccurate picture, but Alston accused them of “total denial of a set of uncontested facts”.

Alston’s report on climate change and poverty will be formally presented to the HRC in Geneva on Friday. It said the greatest impact of the climate crisis would be on those living in poverty, with many losing access to adequate food and water.

“Climate change threatens to undo the last 50 years of progress in development, global health, and poverty reduction,” Alston said. Developing countries will bear an estimated 75% of the costs of the climate crisis, the report said, despite the poorest half of the world’s population causing just 10% of carbon dioxide emissions.

“Yet democracy and the rule of law, as well as a wide range of civil and political rights are every bit at risk,” Alston’s report said. “The risk of community discontent, of growing inequality, and of even greater levels of deprivation among some groups, will likely stimulate nationalist, xenophobic, racist and other responses. Maintaining a balanced approach to civil and political rights will be extremely complex.”

The impacts of the climate crisis could increase divisions, Alston said. “We risk a ‘climate apartheid’ scenario where the wealthy pay to escape overheating, hunger, and conflict while the rest of the world is left to suffer,” he said.

“When Hurricane Sandy wreaked havoc on New York in 2012, stranding low-income and vulnerable New Yorkers without access to power and healthcare, the Goldman Sachs headquarters was protected by tens of thousands of its own sandbags and power from its generator.”

Alston strongly criticizes all those working to uphold human rights, including his own previous work, for not making the climate crisis a central issue. He said the most recent HRC resolution on the climate crisis did not recognize “that the enjoyment of all human rights by vast numbers of people is gravely threatened” or “the need for the deep social and economic transformation, which almost all observers agree is urgent if climate catastrophe is to be averted”.