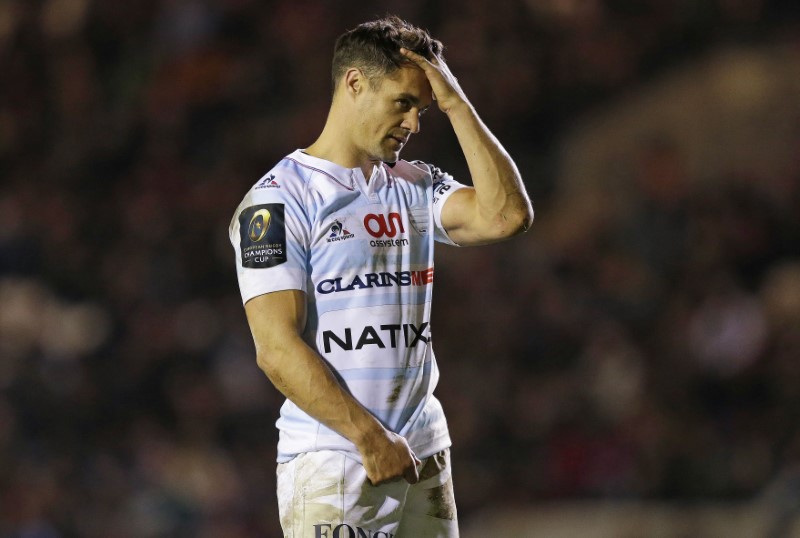 WELLINGTON (Reuters) – Former All Blacks flyhalf Dan Carter has returned to New Zealand for a planned holiday after he failed a drink-driving test in Paris earlier this week.

The three-times World Player of the Year, who plays in France’s Top League for the Racing club, was tested by police after being stopped in his car near the Champs Elysses in the centre of the city, French media reports said.

Carter said he had made a “massive error of judgement” and apologised for the incident.

“Just got back to NZ for what was supposed to be a fun pre planned holiday,” Carter wrote on Saturday on his Facebook page(@dancarterallblack).

“Seeing the family again puts fresh perspective on just how big a mistake I made. #dontdrinkanddrive.”

The 34-year-old World Cup winner suffered a groin injury last month and is still undergoing treatment, while the French Top 14 takes a break next weekend for the Six Nations.