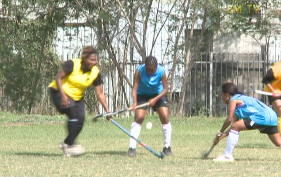 Bismark are the champions of the Port Moresby Women’s Hockey Competition after they defeated Wanderers NGI, 2 goals to 1 in the grand final.

It was sweet revenge for the women in green who went into the finals as underdogs after losing to Wanderers in the preliminary finals earlier in the season.