Maritime and air services in and out of Papua New Guinea will need to adapt to meet future emissions reductions requirements, according to Rensie Panda, Lead Climate Change Negotiator at the Climate Change and Development Authority. 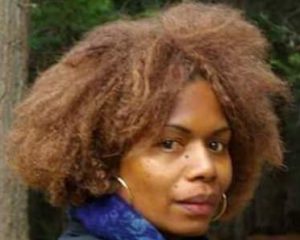 Panda says operators in PNG’s aviation and maritime sectors—and those companies that use their services—need to be aware of coming international requirements being brought in to tackle climate change.

‘There are new rules set for development under the International Maritime Organisation (IMO),’ says Panda.

She says the IMO is looking at mandatory energy efficiency measures for ships.

‘For the aviation industry, there will be requirements for aircraft operations and aircraft manufacturing. It will include lowering emissions for international flights through the scheme called CORSIA (Carbon Offset for International Airlines), which was adopted last October at the International Civil Aviation Organisation’s 39th Assembly.’

Panda says the International Air Transport Association (IATA) is the body that regulates the international operations of all international airlines from a commercial perspective.

‘There were around 68 member countries who supported voluntary implementation and participation by 2021, and one of those member countries to ICAO was Papua New Guinea,’ she says. It is possible, for instance, that Air Niugini could bring in an option for passengers to offset the carbon created by their flight, as airlines in some first world markets already do.

‘This is important for PNG’s shipping and airline industries.’

Panda says an aviation and climate change sub working committee has been established in PNG, consisting of members of the industry. She says it is open to any aligned players including Air Niugini, private operators, the Civil Aviation Department of Transport, tourism bodies and the National Airports Corporation.

‘The role of this committee is actually to meet regularly and discuss policy issues and how to deal with carbon offsets from the airline industry.’

Panda says there will be regulatory standards international ships and international aircraft will have to meet before they can enter into another country’s port.

‘We don’t even know if our ships that transport our LNG internationally will—by a certain period in time—be able to qualify to enter certain ports.’

‘This is important for PNG’s shipping and airline industries.

Even LNG shipments may be affected by the emissions regulations

Panda says the Climate Change and Development Authority has ‘a strong working relationship’ with the international airline industry.

‘That kind of relationship, however, has not been really established yet with the international shipping industry, which works through the National Maritime Safety Authority. We are slowly reaching out to them.

‘The real people who will be affected are the business industries, the shipping owners, the vessel owners and the ships that operate internationally.

‘We don’t even know if our ships that transport our LNG internationally will—by a certain period in time—be able to qualify to enter certain ports.

‘So, these are the things that they need to know about.

‘On the flip side; PNG, being an exporter of LNG, will stand to benefit from future demand of LNG in the APEC region and beyond, due to the preference for LNG-powered ships as the next generation of energy-efficient ships.’

While logistics operators are going to be first affected, the implications for their customers are likely to be significant too, as Panda explains:

‘Companies that buy raw materials from PNG are going to be asking their supplier: “Is your supply chain carbon neutral? Or sustainable?”

‘This is important for PNG businesses. It is already happening.’

‘For instance, the Norwegian Parliament voted in June to ban the public procurement of, and use of, palm oil-based biofuel.

‘This came after an independent report showed that palm oil extraction in deforested areas was creating more emissions than fossil fuels.’

Panda says that ‘sooner rather than later’ PNG businesses need to get serious about climate change.

‘New Britain Palm Oil is already taking a step in the right direction with their sustainability practices.

‘There are several other business houses who are already aware of this and are taking the right steps to promote sustainability.

‘We are part of the global community. This is important for PNG businesses. It is already happening.’