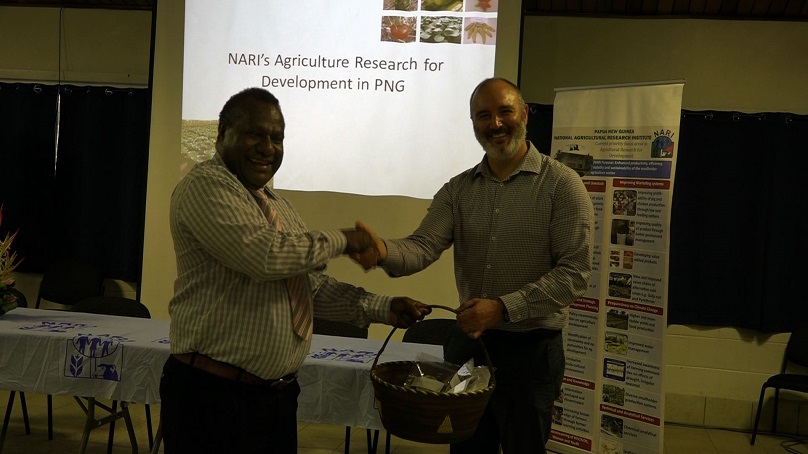 The Australia Consular General, Paul Murphy, who will be based in Lae, made his first visit to the National Agriculture Research Institute in Lae today.

Since the operation of NARI began in 1997, the Australian Government funded 7 of NARI’s 28 agriculture projects.

The General Director for NARI, Dr. Sergie Bang, who hosted the Consular General, says Agricultural development needs to be given priority in PNG.