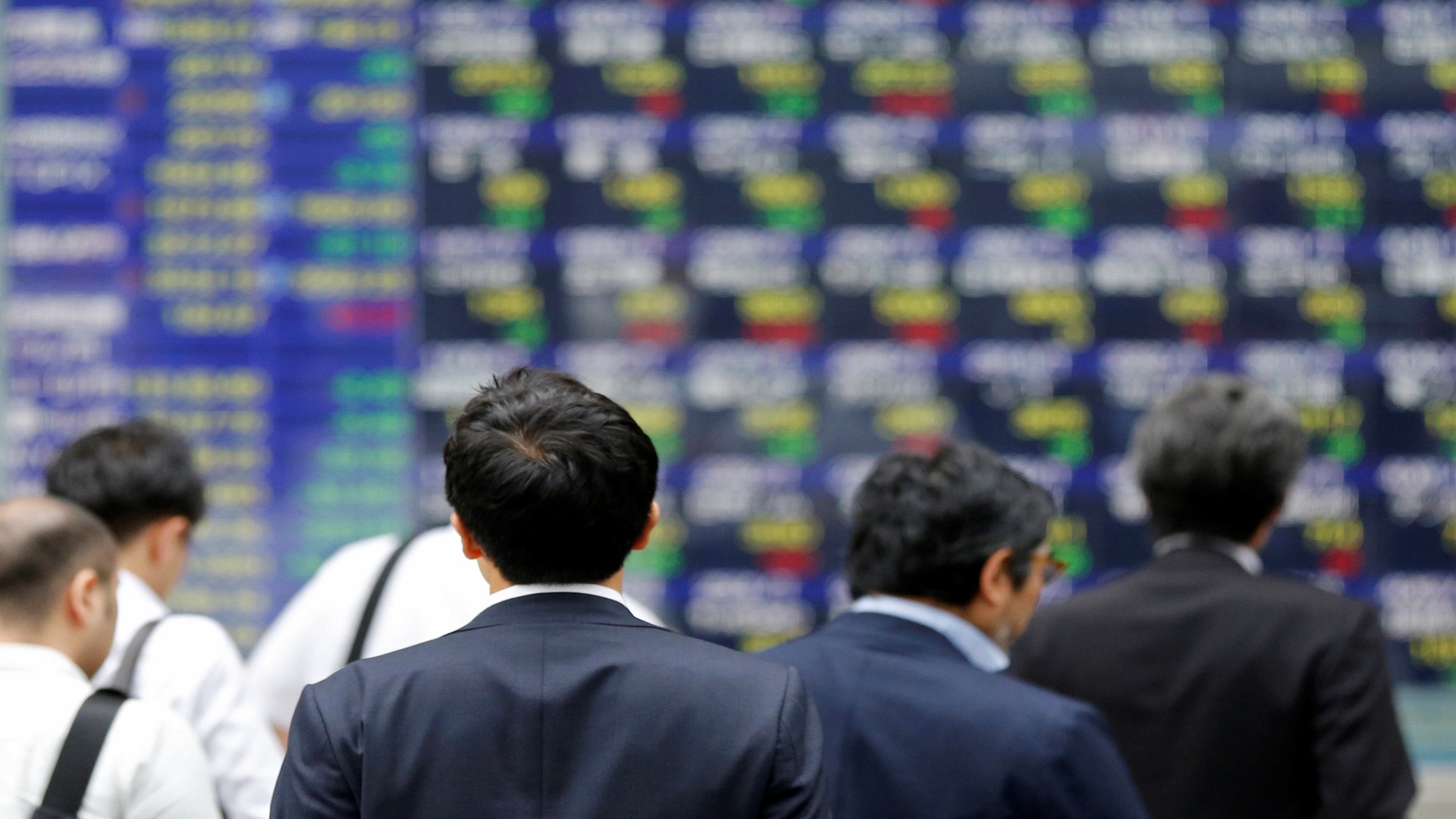 Image: FILE PHOTO: People walk past an electronic stock quotation board outside a brokerage in Tokyo, Japan, September 22, 2017. REUTERS/Toru Hanai

TOKYO (Reuters) – Asian shares gained on Tuesday, shrugging off modest losses on Wall Street while expectations of a U.S. interest rate increase this year continued to underpin the dollar.

MSCI’s broadest index of Asia-Pacific shares outside Japan was up 0.4 percent in early trading.

Korean shares rallied 1.4 percent on their first day of trading this month, on expectations continued tensions with Pyongyang would ease. Seoul markets were closed last week and on Monday for public holidays.

Russian Foreign Minister Sergei Lavrov told U.S. Secretary of State Rex Tillerson in a phone call on Monday that an escalation of tension on the Korean peninsula is unacceptable.

Russia and China both called for restraint on North Korea on Monday after U.S. President Donald Trump warned over the weekend that “only one thing will work” in dealing with Pyongyang, hinting that military action was on his mind.

Japan’s Nikkei stock index was down 0.1 percent in early trade, as markets reopened after a public holiday on Monday.

The dollar was steady on the day against its Japanese counterpart at 112.67 yen. On Friday, it had risen as high as 113.44 yen, its highest level since July 14.

“Investors remain focused on whether or not there will be one more rate increase this year,” he said, with interest rate futures now pricing in nearly a 90 percent chance that the U.S. Federal Reserve will hike again in December.

The dollar index, which tracks the greenback against a basket of six major rivals, added 0.1 percent to 93.734, moving back toward Friday’s peak of 94.267. That was its loftiest level since July 20, after data showed a stronger-than-forecast increase in U.S. average hourly earnings in September.

The euro was steady at $1.1740, after it got a lift on Monday from data showing German industrial output notched its biggest monthly increase in more than six years in August.

Also helping the euro were comments from a European Central Bank Executive Board member, who called for the central bank to reduce its asset purchases next year. The ECB is due to decide on Oct. 26 whether to continue its bond buying in 2018.

Crude oil prices edged slightly higher, underpinned by OPEC comments signaling the possibility of continued action to restore market balance in the long-term. But gains were seen as limited as oil production platforms in the Gulf of Mexico started returning to service after the latest U.S. hurricane forced the shutdown of more than 90 percent of crude output in the area. [O/R]

At least 10 killed by wildfires in California wine country