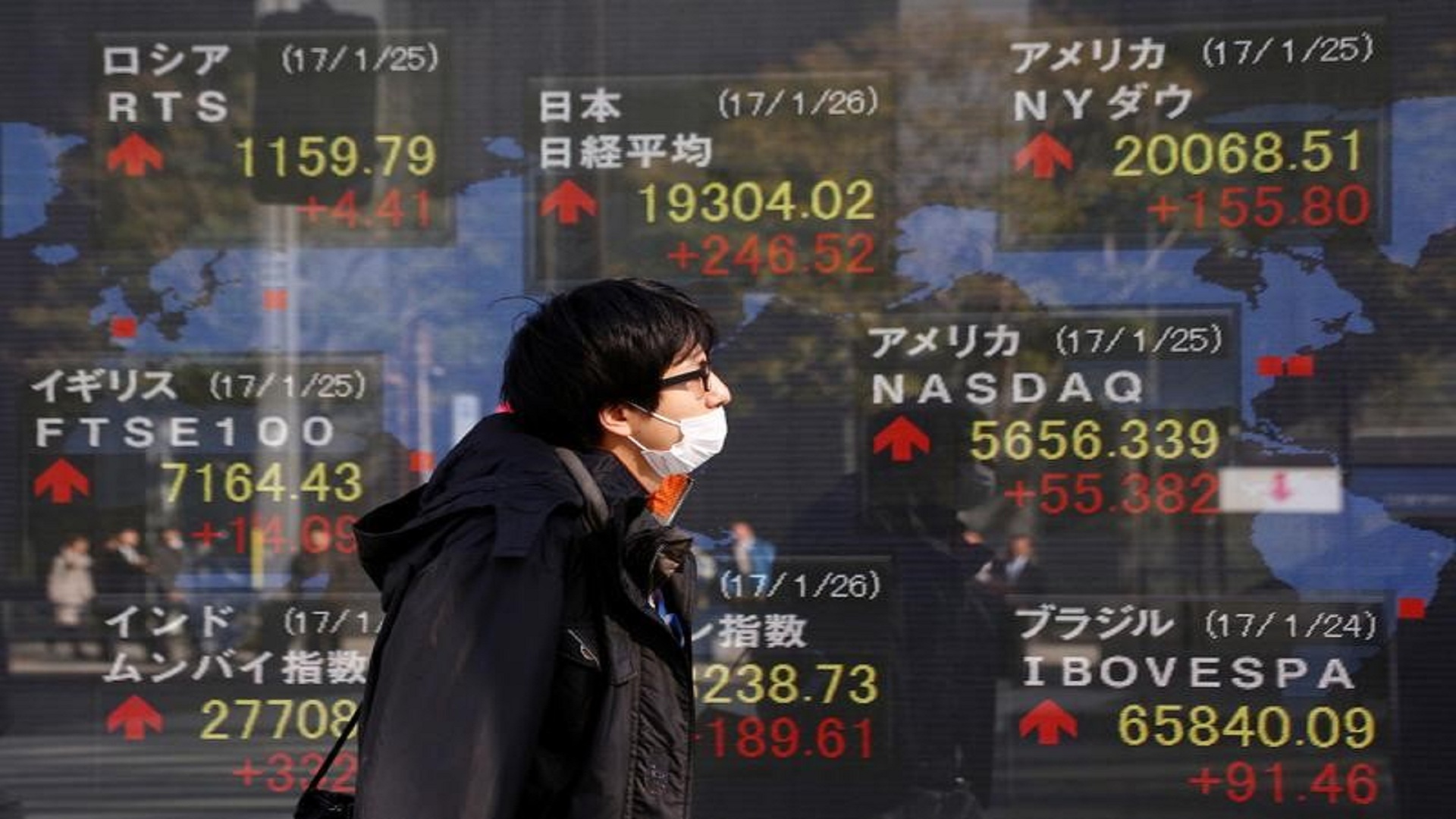 Image: A man walks past an electronic board showing Japan’s Nikkei average (top L), the Dow Jones average (top R) and the stock averages of other countries’ outside a brokerage in Tokyo, Japan, January 26, 2017. REUTERS/Kim Kyung-Hoon

SYDNEY (Reuters) – Asian shares inched ahead on Wednesday while the dollar and commodities rallied as investors shook off disappointment about U.S. President Donald Trump’s failed healthcare bill and focused on an improving outlook for global growth.

The cheerful mood did not extend to the pound which was on the skids as the British government sent a letter to Brussels formally starting the country’s exit from the European Union.

MSCI’s broadest index of Asia-Pacific shares outside Japan edged up 0.2 percent and back toward recent 21-month peaks. Australia’s main index climbed 0.6 percent to its highest since mid-2015.

The Dow snapped an eight-day losing streak, its longest run of losses since 2011, in part as a survey showed consumer confidence surged to a more than 16-year high.

“Economic fundamentals still remain exceedingly sound here in 2017 and you do not need Trump’s pro-growth fiscal agenda for this to be one of the best years for growth since the recovery started,” argued Tom Porcelli, chief U.S. economist at RBC Capital Markets.

“We still think tax reform happens, but you are better off thinking about the timing as an end of year event at best.”

The pound shed a further 0.5 percent to $1.2389 &lt;GBP=&gt; after British Prime Minister Theresa May signed a letter notifying the EU of Britain’s intention to leave the bloc.

The letter is due to be delivered to Brussels later on Wednesday, triggering years of uncertain negotiations that will test the endurance of the European Union.

That came a day after the Scottish Parliament voted in favor of a second independence referendum that would break up the UK.

The biggest loser overnight was the South African rand which has lost almost five percent in two sessions on speculation well-respected Finance Minister Pravin Gordhan might lose his job.

Oil prices gained after a severe disruption to Libyan oil supplies and as officials suggested the Organization of the Petroleum Exporting Countries and other producers could extend output cuts to the end of the year. [O/R]

While Sanders vows to keep fighting, Clinton wraps up nomination