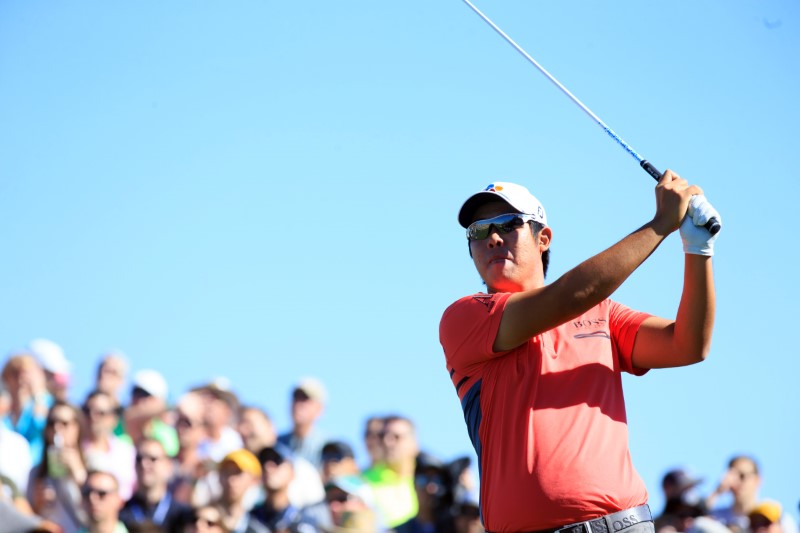 An moved one step closer to a breakthrough win by shooting a bogey-free six-under-par 65 in front of large crowds at the TPC Scottsdale, after starting the day just one stroke ahead of world number five Matsuyama.

Scotland’s Martin Laird sank an 11-foot birdie putt at the last for a matching 65 to sit one stroke behind in second place.

An and Laird had a cushion over the pack, with Matsuyama (68) four strokes from the lead in a four-way tie for third.

World number 47th-ranked An, whose best PGA Tour finish was a runner-up spot at the 2016 Zurich Classic of New Orleans, has thrived in his first Phoenix Open appearance and felt he had benefited from a ‘bogey-free’ mantra in the third round.

“Going bogey-free, that was really crucial,” An told Golf Channel after ending his round by rolling in a 10-footer for par on the 18th green. “Especially that putt on the last hole to get some momentum going into tomorrow.

“I played really smart … you can make bogeys out here if you’re too aggressive. Also I’m hitting it well, so that’s why I am in this position.”

An clinched the biggest title of his career at the European Tour’s flagship PGA Championship at Wentworth in 2015 when he blew away the field to win by six shots.

“Wentworth I kind of had the same feeling. My iron game was great that week, and it’s the same this week,” said the Korean. “But it’s not going to be easy out there tomorrow. There’s way too many good players.”

Laird, a three-times winner on the PGA Tour, hopes to improve on his showing at the 2015 Phoenix Open when he shared the 54-hole lead before falling back into a tie for fifth.

“I’d say I am definitely better now at coping with the crowds and all the mayhem on the last three holes,” he said, referring to the boisterous galleries at the PGA Tour’s self-proclaimed party tournament.

“Hopefully tomorrow, if I’m in the same position, I can handle it a little better.”

(Reporting by Mark Lamport-Stokes in St. Augustine, Florida; Editing by Andrew Both)