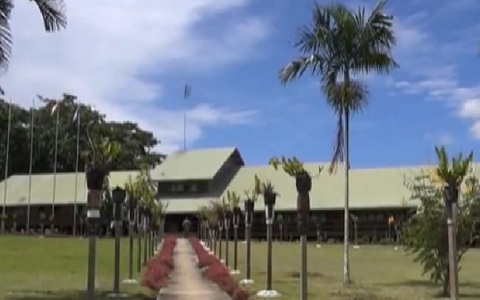 All existing ministers of the Autonomous Bougainville Government will be reassigned to new departMen’s under the new Bougainville Public Service Law.

This was a decision made by the Bougainville Executive Council under the leadership of President, Chief Doctor John Momis.

The new Bougainville Public Service Law allows the creation of new structures by the autonomous government.

In a press statement released by Chief Momis he said: “this is completely separate from the PNG Public Service, a huge step in Bougainville’s journey towards the highest possible autonomy.”

The ABG cabinet made the decision, to completely reorganize these departMen’s with three smaller units called directorates instead of divisions and offices.

These departMen’s include health, education, law and justice, police and correctional services, mining and technical services.

The new departMen’s and directorates will allow the President, Vice President and all ministers, executive powers according to their new titles and responsibilities.

Meanwhile Chief Momis clarified, complaints regarding the abolishment of the Veteran Affairs Ministry.

He said due to limited resources, the department now comes under the President’s roles and responsibilities.  It’s not a ministerial reshuffled.

Investigations into the clash of Disciplinary forces begin

No Mercy for escapees – Balthazar