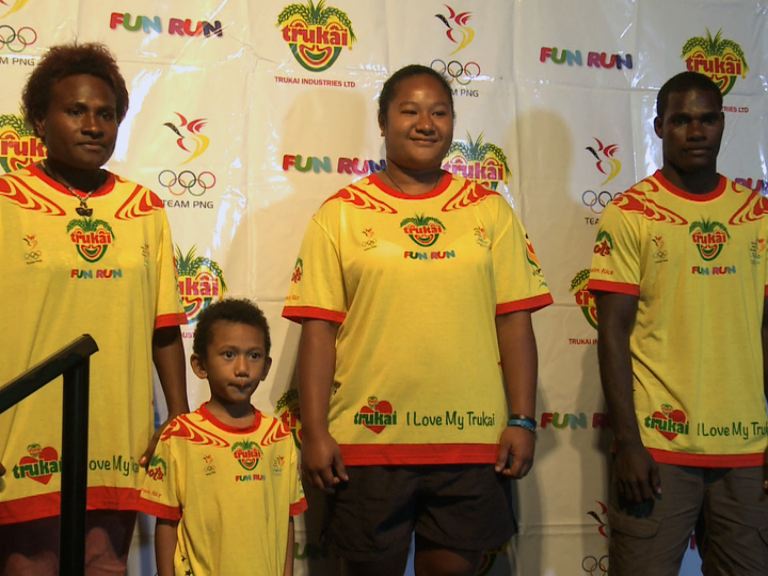 The event was attended by members of the PNG Olympic Committee, as well as members of various sporting bodies.

For 17 years, the Fun Run has been promoted by the Trukai rice brand, and this year, they target 100,000 shirt sales through auction, with the aim, to get the fun run out to more centres this year.

This was a message that Trukai sales and marketing, General Manager, Andrew Daubney, was quick to point out.

The launch also featured the new designs which will be worn by participants this year, incorporating local designs.

Primarily, shirts sold by Trukai, will be auctioned off to various companies, with a large portion of the proceeds, used to assist PNG athletes compete at Pacific, Commonwealth and Olympic level, and also the Mini-Pacific Games, in December.

“The PNG Olympic Committee greatly relies on funds raised through the sale of Trukai Fun Run shirts to support our Team PNG athletes competing at the Pacific, Commonwealth and the Olympic Games,” he said.

Team PNG’s focus this year is on attending the Pacific Mini Games in Port Villa, Vanuatu in December and it aims to sell as many shirts as possible to raise the much needed funds for the team.

The Trukai Fun Run will be held on Sunday June 11, nationwide.