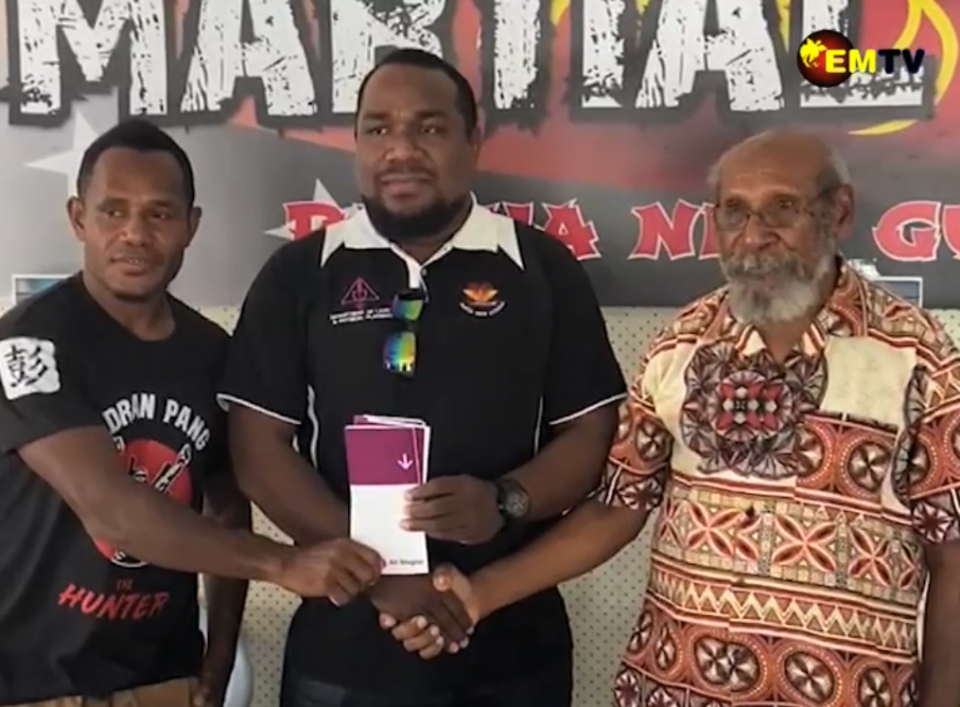 Team Raka is excited to be given the opportunity to participate in this international bout in the Philippines after receiving three airline tickets from Northern Proper Valuers in Port Moresby today.

After continuous training in Port Moresby, Rake who is finally ready to attend his first international bout in Manila, Philippines thanked the sponsors for coming to his aid and making it possible for team Raka, who can now happily leave for Manila come Monday next week.

Raka said “I am very happy to announce that Northern Proper Valuers has come on board to support me with three airline tickets. It’s been a very difficult year especially with Covid19 lockdowns and to have a sponsor finally come on board is a great relief for me and my team.”

Northern Property Valuers, after hearing Raka’s story and seeing what he does in his community, decided that it was only fitting that they support the young Papua New Guinean who is not only passionate about the sport of boxing but who proudly steps into the ring to represent his country.

Michael Loka, a representative from Northern Property Valuers said “ We heard Raka’s story, visited the place where he has been training and saw that he really needed support. For Northern Property Valuers to come on board and support team Raka is not just part of our community obligation but helping a young man who always gives his hundred percent and commits himself.”

Margeret Lanneka of Rapopo Plantation Resort said “We are happy to support Raka and his team with his accommodation as well as training facility.” She said as a young professional fighter Raka has always helped young youth with the skill of boxing and let alone keep away from involving themselves in illegal activities.

Raka will leave the country on Monday with his trainers bound for Manila Philippines and will fight in the feather weight Division against his opponent mark John for the Asian Title championship.