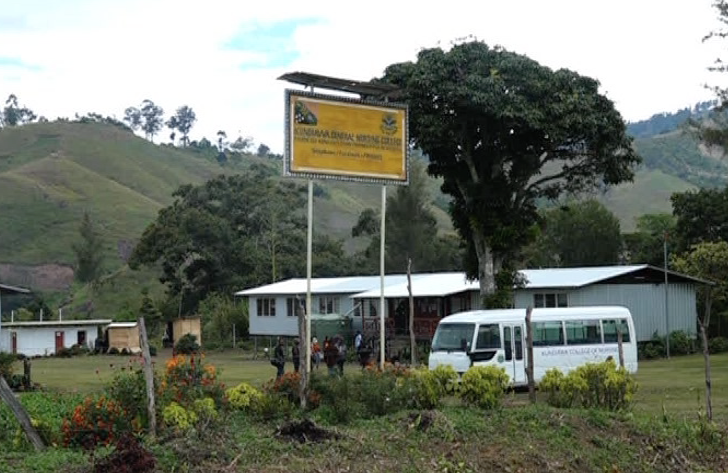 The teaching staff of Kundiawa Nursing College in Simbu are not under Government payroll despite it being a fully accredited college.

Deputy principal Alin Mun revealed that the school’s 9 staff only receives allowances but they are not on the government payroll and called on the Department of Personnel Management to look into this matter.

Ali Mun says that however has not stopped the staff from teaching.

Like many other institutions around the country, the college has its challenges and needs backing from local MPs.

Mr. Mun highlighted the college is in need of a library and mess facility for its students and called on the local MPs to assist the school.

Over the years the college had undergone a number of infrastructure development including the male and female dormitories, three duplex classrooms, and staff offices.

All funded by the provincial government.