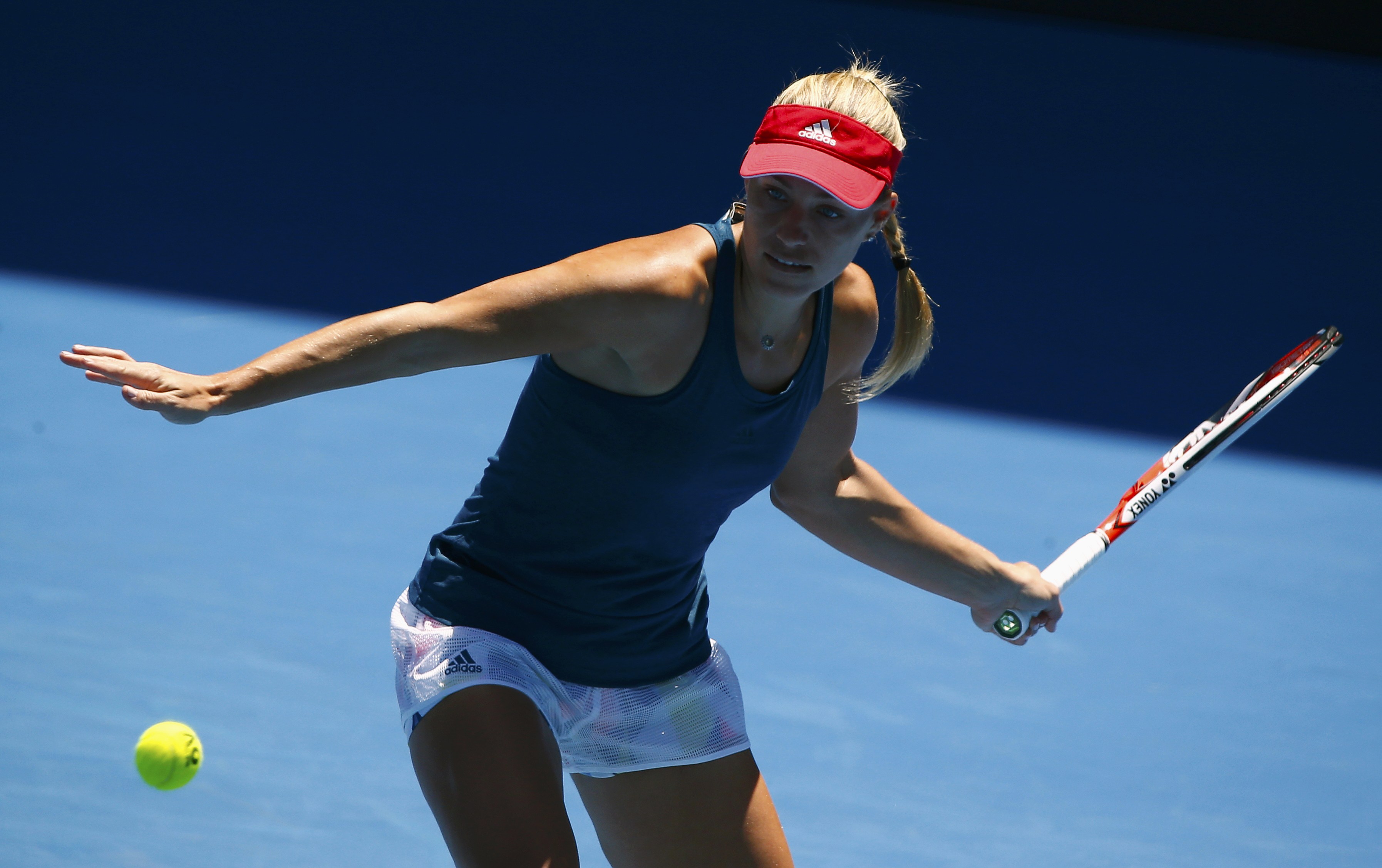 MELBOURNE (Reuters) – Melbourne Park was ground zero for the stunning breakthrough of Angelique Kerber’s tennis career so the German has naturally savoured some golden memories before the defence of her Australian Open title.

The emotions bubbled to the surface as the late-blooming left-hander was driven through the Melbourne Park gates for the first time since coming back this year.

And she was overcome again when walking side-by-side with men’s winner Novak Djokovic, the defending champions cradling their trophies on the way to the draw on Friday.

Kerber has had several months to deal with the pomp and ceremony that goes with being world number one, having swiped the ranking from Serena Williams during her run to the U.S. Open title.

But a return to the Melbourne Park locker room where she celebrated her maiden grand slam success last year brought home the challenge lying ahead.

“I was walking from the transportation to the locker room where I remember I was sitting like 12 months ago after the final. Nobody was there,” the hard-hitting German told reporters on Sunday.

“Now it’s a new tournament again and we are starting from zero and everybody is here again to play their best tennis.

“Staying (number one), of course, it’s harder than maybe to reach it because you have to deal with a lot of more things than you expect.

“It’s really different and difficult, as well. But I think this is also privilege a little bit. I’m really happy to be there and to taking now the new challenges.”

With 22-times grand slam champion Williams the obvious exception, the top ranking has proved a heavy burden for a number of the women in recent years.

Dane Caroline Wozniacki held the ranking twice during 2010-11 but was unable to cement it with grand slam success.

Serbian Jelena Jankovic (2008-09) and Russian Dinara Safina (2009) also reached the top without a major trophy, while recently retired Ana Ivanovic (2008-09) was unable to add to her sole grand slam title after becoming world number one.

Kerber has not won a title since reaching the summit and finished her stunning year with the disappointment of losing in the decider of the season-ending WTA Finals in Singapore to Dominika Cibulkova.

Her form in the leadup to the year’s first grand slam has been patchy, losing her second match at the Brisbane International before being upset by Russian Daria Kasatkina in her Sydney International opener, the last warmup before Melbourne.

Kerber said her scant match preparation would matter little when her tournament starts with a first round match against Ukraine’s Lesia Tsurenko at Rod Laver Arena on Monday.

“I think it was good to be a little bit earlier here, to get used to everything, to do my stuff, all the things I have to do off and on the court,” said Kerber.

“I’m not thinking now that I was not playing so well in the last two tournaments. I’m here to being ready again from the first round. This is all I’m looking for now.”