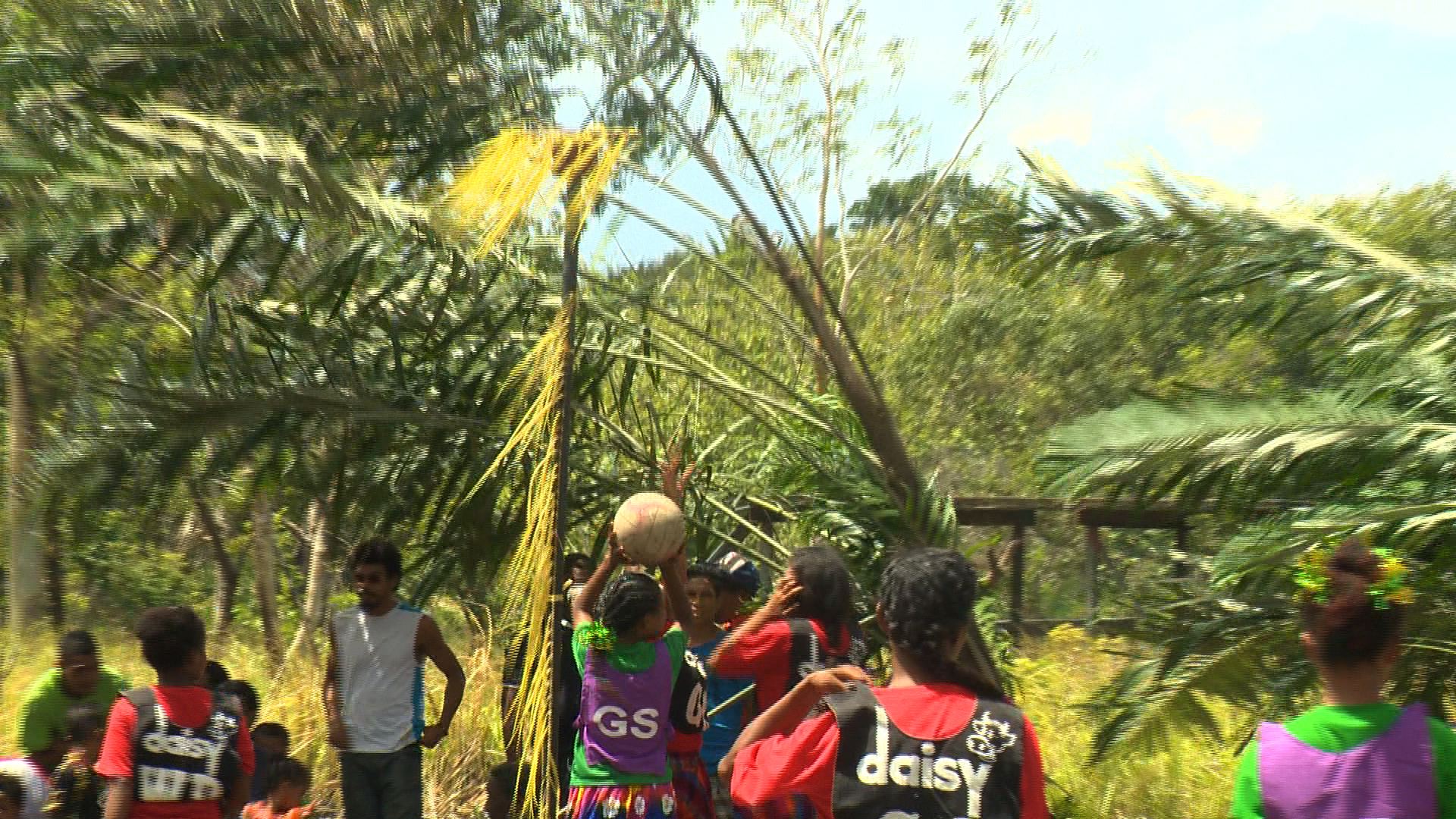 While some may be hindered by the geographical location they are in, or the lack of facilities, the small village of Galomarubu in the Rigo District of Central Province is not one to be held back.

The Grandfinal of the Visigo Netball Association yesterday on a make shift court showed that netball can be played anywhere.

Despite the windy weather that hailed dust right onto the bare court, the grand finalists were all excited and dressed for game time.

The A-grade grandfinal saw team Verere come out on top with the 2016 title after defeating the Blue Dolphins, by a 14 – 15 score line.

On the other hand, the B-grade’s match was a tough one between the Red Roses and the Green Two-Mos.

Showing skills and prowess, both teams managed to go head to head until they drew 13 all at full time.

In the extra 5 minutes, the Red Roses took a point lead, which triggered a counter of 4 more goals from their opponents.

When C-grade finalists took the court, Team Verere was intimidated early on, in the first half, when the Blue Dolphins led by 4 points.

In the second half, Verere quickly secured two goals, but were still trailing.

The Blue Dolphins held off the Vereres on 5 points, as they continued to climb on the scoreboard.

And at full time, the Blue Dolphins thrashed their nemesis with a 9-point margin.

Meanwhile, the U15 Grandfinal brought on excitement, as spectators watched, these young girls brought on their A game.

Their defenders were spot on and that, gave both sides’ goal attacks and shooters difficulty.

Every scored score from one side was always counterattacked from the other.

Eventually, the blue dolphins fought passed the Green Two-Mos Goal Keeper, and aimed a shot that went through the ring smoothly, which gained a point lead for them

By full time, Blue Dolphins became the 2016 Visigo Champions with a 7 – 8 score line.