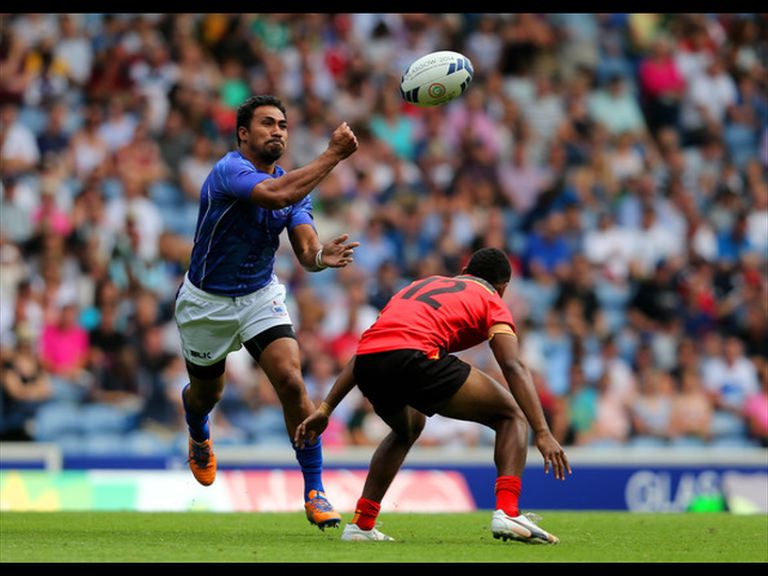 The PNG Pukpuks went down fighting yesterday at the HSBC World Rugby Sevens Series 2016-17 in Wellington.

They got off to a bad start with a 12 – nil loss to England.

Their second opponent, team Kenya, had the win bagged right from the start.

Though the Pukpuks saw a positive change on the seventh minute, when William Tirang scored a try that put the PNG side on 5 points.

But, the Kenyans kept the touch downs going, while PNG was prevented from scoring.

And by full time, Kenya defeated PNG with a massive 47 points to 5.

Their last match against Argentina saw a nervous first half, as both teams played a try for a try.

The Argentinians made their mark on the score board first, with a converted try that saw them at 7 points to PNG’s nil.

In response,the partnership between William Tirang and Emmanuel Guise saw a try, and a conversion that equalized the score count.

The Pukpuks then scored again through Aurthur Clement, and topped off with another Guise conversion, that saw them at 14 points.

And just before half, a quick response from the Argentinians saw the score board again, equalized at 14 points.

The Argentinians took the field in the second half with so much flare, and the tries came one after the other, all unanswered by the Pukpuks.

And by full time, Argentina won with a dismal 41 points to 14. The Pukpuks also faced Samoa, and were defeated with a 37 – 5 score line.

Bolt overwhelmed by unveiling of statue where it all began