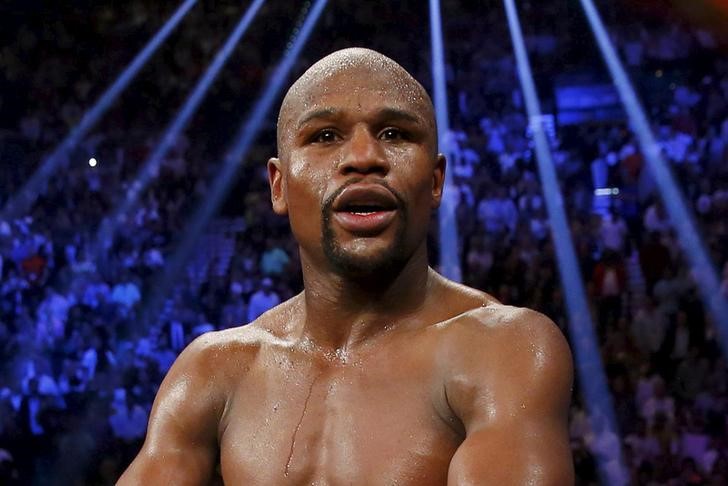 NEW YORK (Reuters) – A possible bout between Floyd Mayweather and mixed martial arts champion Conor McGregor is getting lots of buzz but two fighters that are getting in the ring said the crossover tilt would be a black eye on boxing.

Irishman McGregor has been challenging Mayweather to a fight for months but the two have yet to reach terms while both have been doing their part to drum up interest with plenty of back and forth in the media.

“It’s a joke for boxing if that happens,” two-time world champion Canelo Alvarez, who fights fellow Mexican Julio Cesar Chavez Jr. in Las Vegas in May, told Reuters on Tuesday.

Mayweather, who retired in 2015 after compiling a perfect 49-0 record, has said he would require a guaranteed $100 million to make the fight with McGregor happen.

“It is a businessman fight,” Chavez said during Tuesday’s promotion stop in New York for the Cinco de Mayo weekend bout with Alvarez on May 6. “I like to fight a serious fight.”

Famed boxing trainer Freddie Roach believes the much-hyped Mayweather-McGregor showdown will happen and that he may get involved himself.

Roach, who prepared Manny Pacquiao for the “Fight of the Century” against Mayweather, said in an appearance on The MMA Hour show on Monday that the 12-time boxing champion visited his Wild Card gym and told him that he will fight McGregor.

“According to Mayweather, yes. He told me he would fight him. Everything is pointing in that direction right now,” said Roach, who added that he would consider training McGregor if asked.

“I think Mayweather is the favourite, yes, but I wouldn’t count anyone out. Because (McGregor) throws, he throws hard and he’s not afraid to throw.”