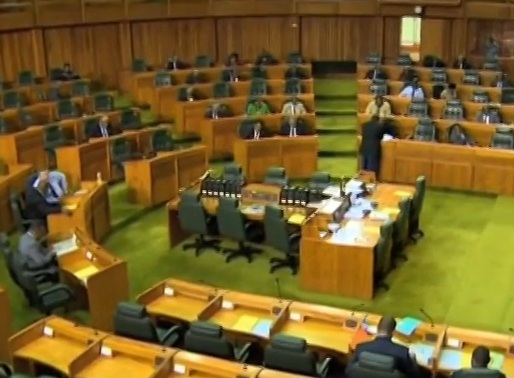 The Opposition yesterday came out with new claims on the 50 million kina PNG Power deal for the purchase of 2 generators.

In a media conference this morning, the Opposition claimed that the Independent Public Business Corporation has requested for a further K8 million for the procurement of spare parts for these generators.

The issue was also raised during question time in parliament.

Before parliament was called in yesterday, the Opposition called a press conference.

It was another attack on the Prime Minister Peter O’Neill and State Investment Minister Ben Micah on the 50 million kina power deal.

The Opposition leader claimed that there was another addition of K8 million to the K50 million payment and the 94 million kina NEC submission.

This query was later presented in parliament when Deputy Opposition leader Sam Basil asked Minister Micah a series of questions.

He wanted to know if there was a supply agreement in place for the purchase of the two generators and if IPBC requested for a further funding of K8 million for spare parts.

Minister Micah responded, not giving a direct answer however, asking Mr. Basil to put these questions on notice paper for him to respond.