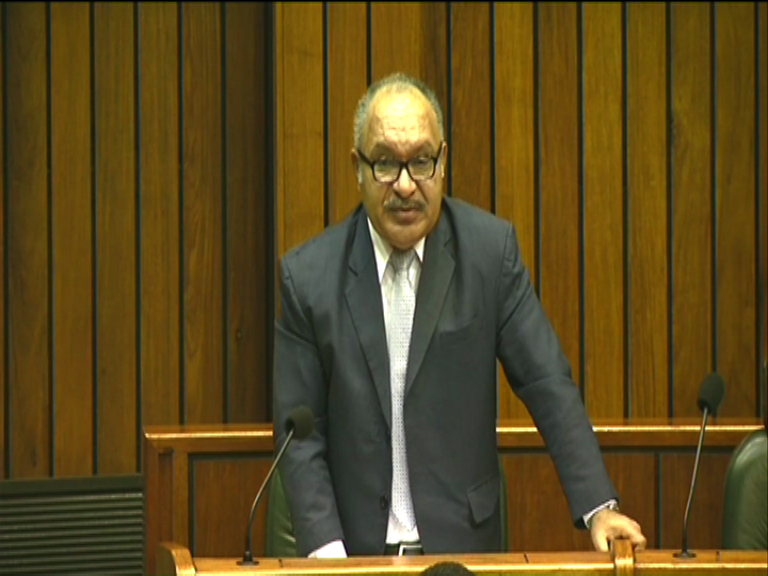 Former Prime Minister and Member for Ialibu Pangia Peter O’Neill raised a series of questions in Parliament this morning in relation to his “warrant of arrest”.

O’Neill questioned if government policies subject to funding discretions by any mandated leader. He also questioned the role of Police Minister, Bryan Kramer.

His questions and short history of the matter where in relation of a K300, 000 payment to a church organizations when Nixon Duban was Madang MP.

O’Neill was disturbed twice as the Police Minister obstructed with a couple of point orders stating the issue is before court and Parliament is not the right forum.

The point of orders did not stop the former Prime Minister. He directed his questions to Prime Minister James Marape over Kramer’s approach claiming more interference in police work.

Prime Minister James Marape responded with a bold statement that there are proper mechanisms to deal with project proposals. PM Marape says appropriation of funding must follow the provisions of law.