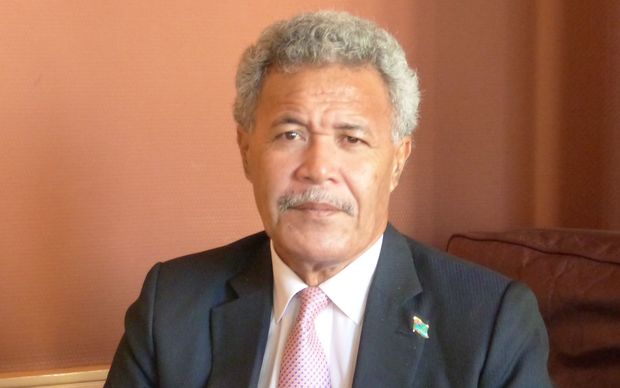 FUNAFUTI, 17 MAY 2019 (ISLANDS BUSINESS) —- Tuvalu’s Prime Minister Enele Sopoaga is playing host to visiting United Nations Secretary General Antonio Guterres in his island capital today as a motion of no confidence hangs over his government. Non-government MP Isaia Taape has confirmed to Islands Business that he has lodged his no-confidence motion against PM Sopoaga with the office of the clerk to parliament. He said he would most probably table his motion when parliament opens on Tuesday next week. “The tabling of the constitutional bill is scheduled for Tuesday so I may have to introduce the motion soon after that,” Taape told the magazine in a telephone interview. “Usually private members like myself are given time after tabling of bills to introduce our motions.” Taape is one of two parliamentary representatives from the island of Vaitupu. For his motion to be accepted by the clerk to parliament, he needed the support of five MPs. He apparently had met this threshold. In Tuvalu’s 15-member parliament, Taape will need the support of seven other MPs in order for his confidence motion to succeed, and for the government of Sopoaga to fall. It comes as the small island nation, lying north of Fiji, hosts Secretary General Antonio Guterres of the United Nations today. Sopoaga was in Fiji early this week to attend the Pacific Leaders summit with Guterres, before leaving early to welcome the UN chief when he arrived in Funafuti this morning……PACNEWS]]>

Konivaro: Decision to be handed down