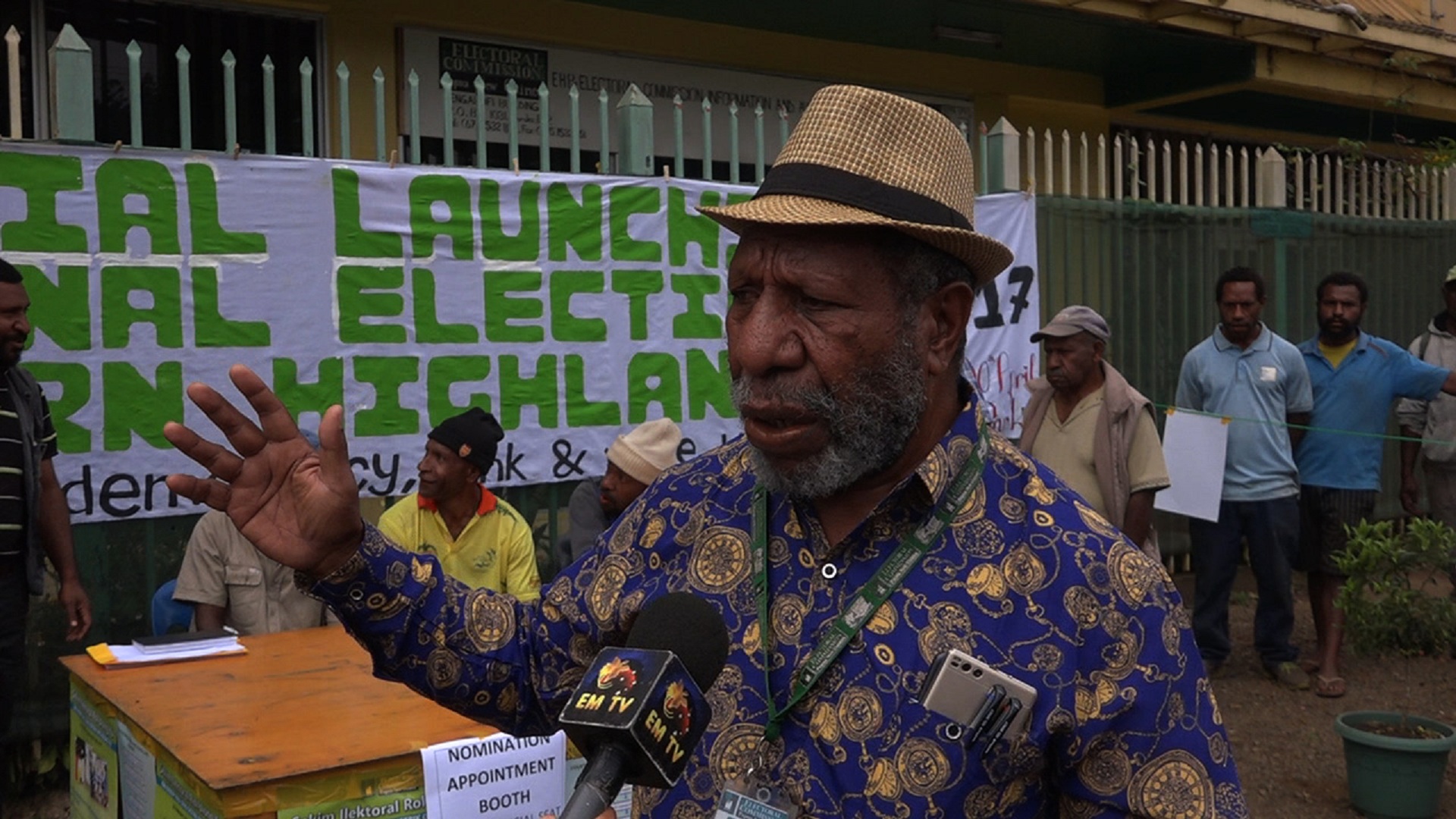 Yesterday, before the issue of writs, awareness was carried out all over the province.

With this issue of writs, Eastern Highlands Election Manager says everything is moving smoothly as nomination are being submitted.

EHP is one of the largest provinces with eight districts.

Kaupa was the election manager for the Simbu Province during the last National Election. He said he wanted to make sure the election in EHP this year would be transparent.

The EHP Electoral Commission has been working closely with police to get awareness out to all centres in the province.

Some of the awareness carried out is on a fair election; the right for individual to vote; and HIV Awareness due to the high number of sex practices during elections.

One of the first candidates nominated in Goroka was former member Thompson Harukave, who was the member from 2007-2012, while outside centres like Kainantu, Ungai Bena and Daulo have accepted nominees.

The other five centres are yet to receive nominees.

Nominations in the Autonomous Region of Bougainville Open Today