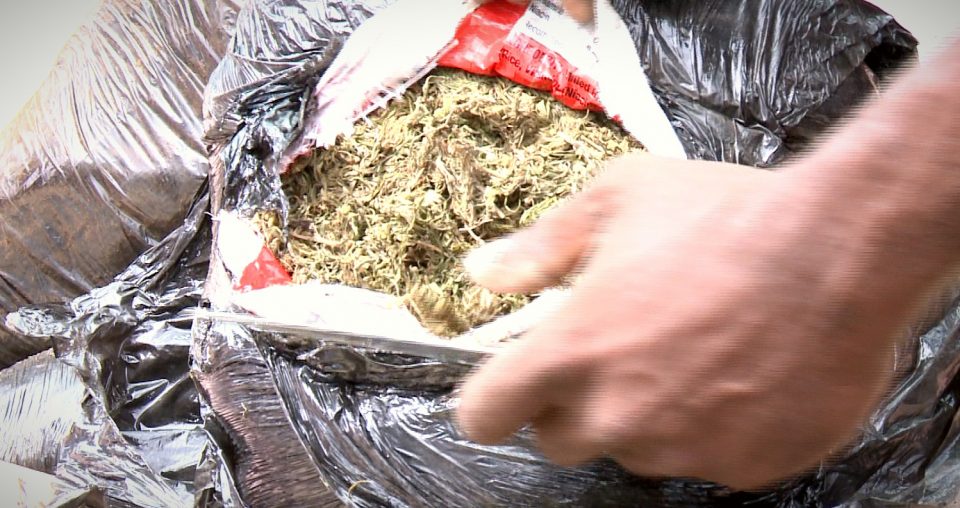 A total of 140 bags of sweet potatoes, containing marijuana have been confiscated in a joint operation by the National Drug and Vice Squad and the Police K9 unit.

The drugs were concealed in bags of sweet potatoes and were shipped from the Highlands Region through Lae and into Port Moresby.

After a tip-off from security guards, at the AES Wharf in Roku, outside Port Moresby, the National Drugs and Vice Squads including members of the K9 unit, went to search the shipment.

According to police, the security guards were suspicious, after a group of men were fighting over their cargoes stored in a shipping container.

During the search, 19 packages of compressed marijuana weighing over 5 kilograms, were found hidden in the bags.

According to NCD Metropolitan Superintendent, Perou N’Dranou, there is a need for more government support, for the police to address drug-related offenses.

“Our official attempt to suppress these things is going on, and it has given us more reason to ask the government to assist police in its fight against drug and its related offenses,” said the NCD Met. Supt.

The Metropolitan Superintendent further thanked the general public who assisted the police to see this operation a success.

He also appealed to all drug smugglers and syndicates, to refrain from such activities.