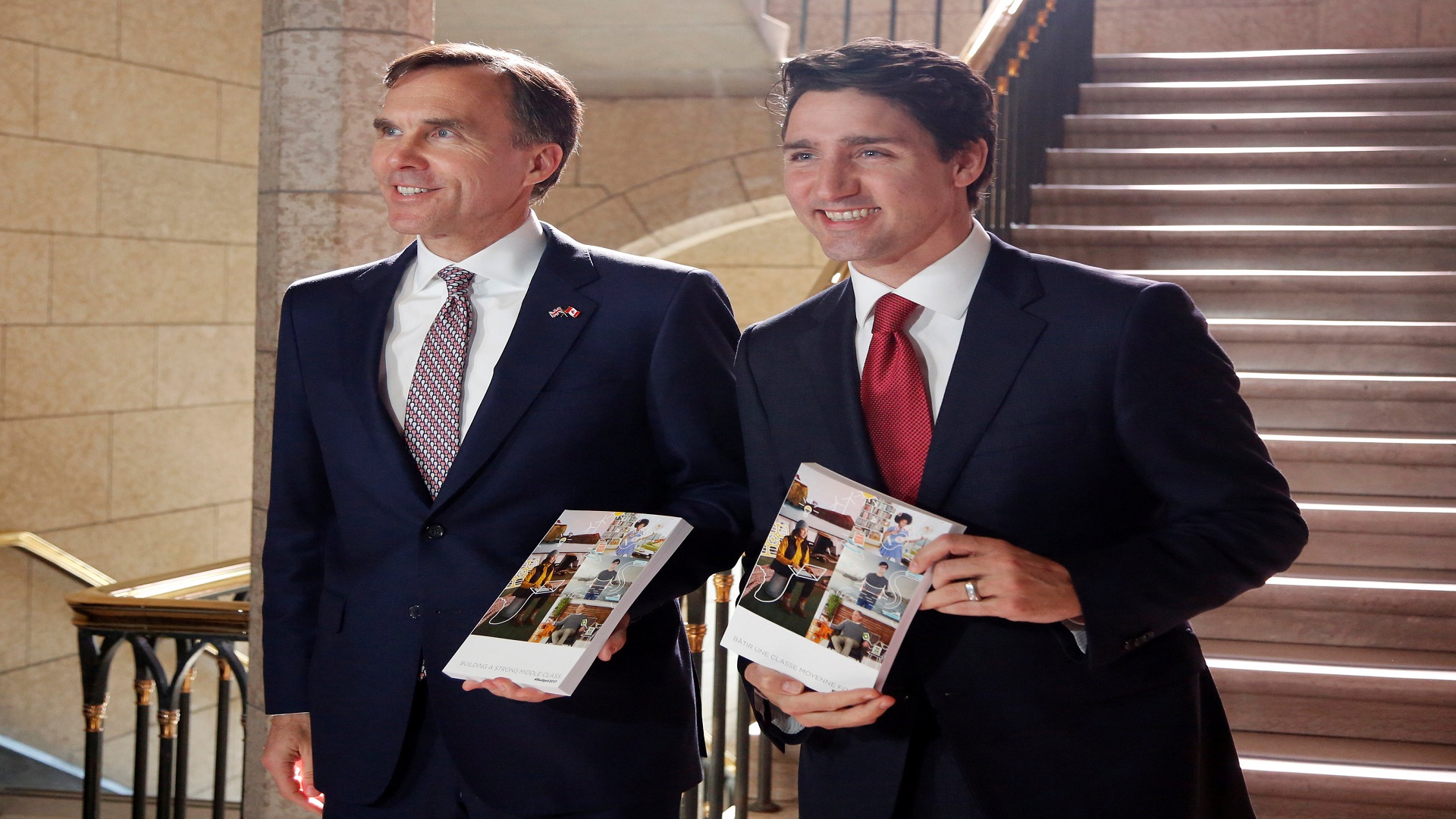 OTTAWA (Reuters) – Canada’s Liberal government unveiled a stay-the-course budget on Wednesday that targeted export growth and some measure of tax reform but did little to whittle away at deficits even as it backed off from an explicit pledge to improve the debt outlook.

Finance Minister Bill Morneau’s second budget contained few surprises, in line with expectations that Ottawa wants to wait to see what impact U.S. President Donald Trump’s still-evolving policies will have on Canadian competitiveness and trade before committing to further stimulus or tax reform.

The budget blueprint, which is bound to be implemented given the Liberal’s parliamentary majority, reinstated a fiscal cushion, effectively a rainy day reserve set at C$3 billion a year to guard against any unexpected event that could hurt the government books, a move economists praise as prudent.

Bringing back the cushion widened the projected deficit in 2017-2018 to C$28.5 billion from C$27.8 billion forecast in November, nearly three times the C$10 billion annual deficit targeted by the Liberals during their 2015 election campaign.

But, combined with modest economic assumptions that look easy to beat, the cushion should allow the government to trumpet a better-than-expected performance as it nears the 2019 federal election.

Still, the opposition Conservatives said the budget would make life more expensive for Canadians at a time when Trump wants to move in the opposite direction in the United States.

The move to drop an explicit goal of improving the debt-to-GDP ratio over the course of the government’s four-year mandate disappointed economists concerned that Canada is not prepared to rein in deficits after trying to stimulate tepid growth with infrastructure spending and tax cuts for families.

“In terms of ‘stay the course’ and ‘do no harm,’ I think the budget achieved those goals, but I would have preferred they’d left an explicit target some sort in terms of debt to GDP declining or ideally a balanced budget,” said Craig Wright, chief economist at RBC.

The Liberals had previously promoted the ratio, which at about 31.5 percent of GDP is low compared with many G7 rivals, as a better measure of the nation’s debt burden than the deficit, which had been eliminated under the previous Conservative government.

Morneau repeatedly referred to the benefits of free trade, pushing back on U.S. protectionism just a week after a pledge to promote free trade was removed from the concluding statement of the G20 meeting in Germany at the insistence of the United States, Canada’s largest trading partner.

The finance minister touted the budget as “ambitious but responsible” and laid out a plan to grow Canada’s goods and services exports by 30 percent by 2025, a lofty goal given the slow pace of export growth since the 2009 recession.

In continuing the Liberal’s pledge to increase taxes on the wealthiest Canadians to help the middle class, the budget promised to close a loophole that allowed high-income earners to use private corporations to reduce income taxes. It also pledged to tax ride-sharing programs, such as Uber [UBER.UL], at the same rate as taxi corporations.

While the budget did not contain any measures aimed at cooling Canada’s hot housing market, Morneau promised additional money to gather housing data, seen as a possible first step to reining in foreign investment or speculation that observers say has created a bubble in Toronto, Canada’s largest city.

MVIL Partners with Police and Hospital to Address Fraudulent Claims