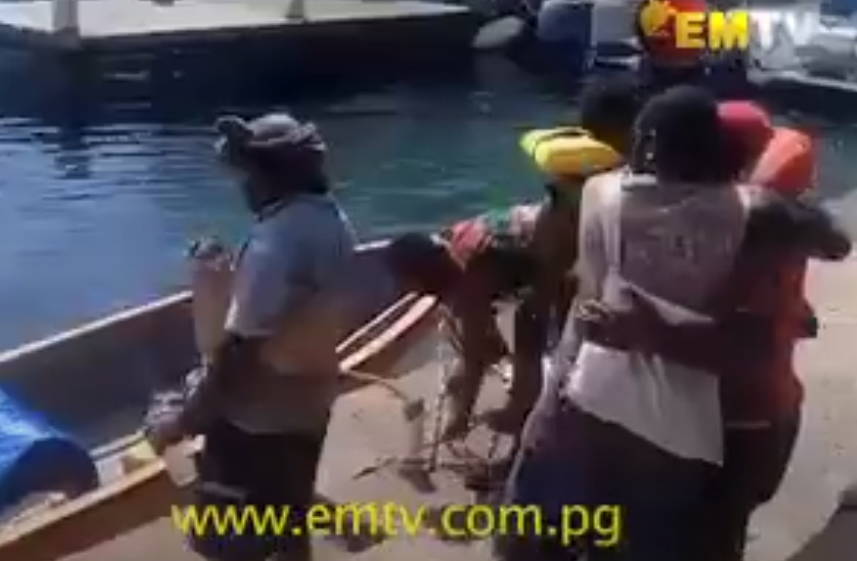 A boat carrying six men from the volunteer group MAM capsized just off the coast of Bagabaga island in Madang province on Monday.

They went to the island to do awareness on COVID19 when they were hit by strong waves causing the boat to capsize.

Howard Bagiro, says all their valuable equipment like laptops were damaged.

These groups of men were part of the Madang Arts Manic who have been doing awareness on COVID19 since February.

They were engaged by the COVID19 technical response team for Madang as part of the awareness program.

This group of men have been carrying out awareness into rural areas with limited funding their main backing was from World Vision.

On Monday, while on an awareness trip to Bagabaga island their boat capsized.

Fortunately, there were no casualties. However, all their valuable properties were damaged.

But this incident has not stopped these young men from continuing with their drive.

The men acknowledged the villagers on the island for their quick response in making sure they were saved.

The team returned to Madang town on Tuesday.