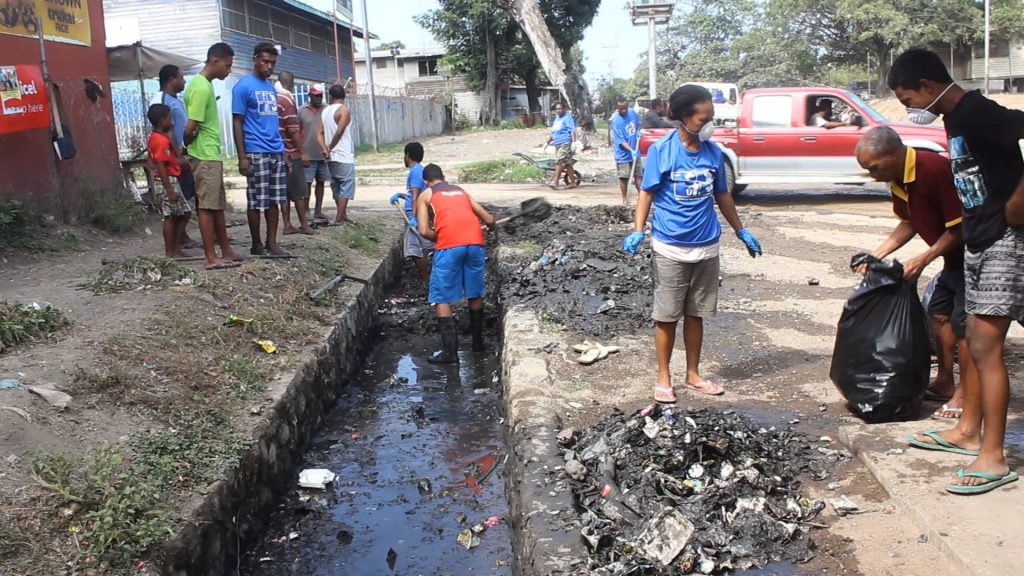 Hanuabada Village was hard at work over the weekend (June 30), ridding their streets and shorelines of waste pollution.

The clean-up exercise was led by World Vision under their ‘Hanuabada Annual Clean-Up Day’ project. World Vision Hanuabada Water and Healthy Life Project have been doing these annual clean up since 2016.

According to World Vision Water Sanitation and Hygiene (WASH) Operations Manager Stella Rumbam, community involvement has improved over the years. Mrs Rumbam also noted an increased in participation of organizations.

The Clean-up Days have seen a decrease in amount of litter annually, as people become increasingly aware of the importance of proper waste disposal. But Mrs Rumbam says there is more to be done.

World Vision has partnered with UPNG’s Sustainable Coastlines PNG project to confirm this theory. Selected garbage bags have been taken back to the UPNG lab for analysis and data collection. The joint survey is expected to confirm where the rest of the litter comes from.

The challenge for World Vision now is how to keep that all that rubbish out of the bay when they have confirmed the sources.

Mrs Rumbam remarked that waste pollution aside, Hanuabada Village has the potential to be a tourism attraction. It’s popular houses on stilts over water, already have an alluring effect on locals and international tourist. But people hesitate to visit because of appalling accounts of waste pollution.