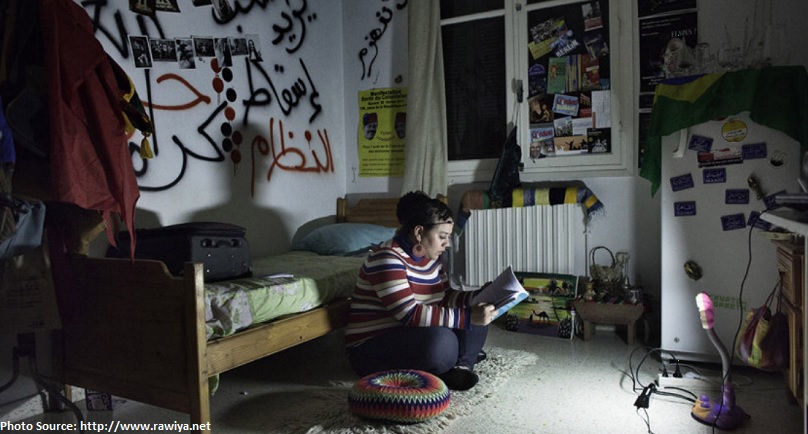 A Yemeni proverb says, ‘A girl only leaves her house twice, to her husband and her grave’. For Yemeni and other Arab women, the only way to overcome this proverb is by pursuing higher education.

A Kuwaiti-born Palestinian photographer, through her passion for her art and for the love of her people, is capturing the tremendous change that women in her region are experiencing: pursuing education against a backdrop of poverty, an ultra-conservative society and war, amongst other social upheavals.

Laura Boushnak, motivated by her own struggles to get an education, has pursued a personal project I Read I Write where she explores the role of literacy in the enrichment the lives of Arab women.

Boushnak, whose work ranges from conflict photography to pictorial storytelling, has been widely recognised by renowned organisations like UNICEF and her work has been used by New York Magazine, The Guardian, National Geographic and many others.

In her TedTalk ‘For these women, reading is a daring act’, she shares some of her most profound encounters with women around the region who have overcome economic and social barriers to pursue higher education so they could live better lives.

Boushnak recalls that she was most affected by Yemeni’s Fayza, who was forced to drop out of school at eight years old to be married, which only lasted a year. By the age of 14, she had become the third wife of a 60 year old man. Four years later, she was a divorced mother of three. Despite significant obstacles to her going back to school – poverty, her social status as a divorcee in an ultra-conservative society, and her parent’s disapproval –  she knew education was her only way to a better life.

“[Fayza] is now 26.She received a grant from a local NGO to fund her business studies at the university. Her goal is to find a job, rent a place to live in, and bring her kids back with her,” said Laura.

Laura has met many more women around the region who had unique stories and who pursued education under immense and overwhelming circumstances. And whilst it was not always easy to convince most of them to be part of her project, only a handful were convinced by the fact that their stories would further inspire and give courage to those timid women who need the encouragement.

She concluded her TedTalk with a quote from a female activist from Tunisia, Yasmine. She wrote,

“Question your convictions. Be who you to want to be, not who they want you to be. Don’t accept their enslavement, for your mother birthed you free.”