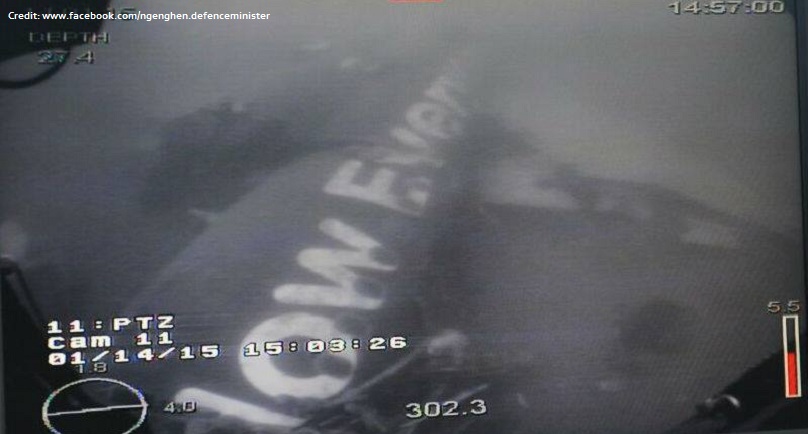 In their recent search of the Air Asia QZ8501 aircraft, the fuselage had been located by a Singaporean navy ship, MV Swift Rescue, in the Java sea.

The plane went missing last month on its route from Surbaya, Indonesia to Singapore and had on board 162 passengers; only 50 bodies have been recovered so far.

Most of the remaining bodies are expected to be found in the fuselage wreckage.

On his Facebook page, the Singapore Defence Minister has expressed hope that families of the passengers could have closure now that the fuselage had been found. He also shared photos of the wreck that had been taken by a remotely-operated underwater vehicle showing the words ‘Now’ and ‘Everyone’ from Air Asia’s motto: Now Everyone Can Fly.

Two black boxes of the plane were already located and investigations are underway to find out the cause of the crash.

The search and rescue group are now looking to see how they can bring the wreckage out of the sea. An official, SB Supriyadi explained that if the fuselage is too heavy they will have to remove the victims first then take out the fuselage.