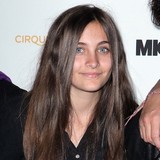 Two arrests were made for electoral offences in the Northern Province yesterday.

Superintendent Victor Isouve says a woman was arrested and charged for undue influence by allowing a man to vote under his husband’s name.

He says, the man has also been arrested and charged for impersonating.

So far polling in Popondetta Urban has been complete, while the rural areas are yet to be completed.

Early this morning polling officials were airlifted to Kira to conduct polling which has been delayed due to logistical problem.

Superintendent Isouve denied allegations raised by intending candidate Issac Oresi that police personnel’s were paid off by other candidates.

Polling in the province is expected to be completed by July 6, for counting to follow suit.

Lae-Madang Highway Cut Off After Flooding and Landslips