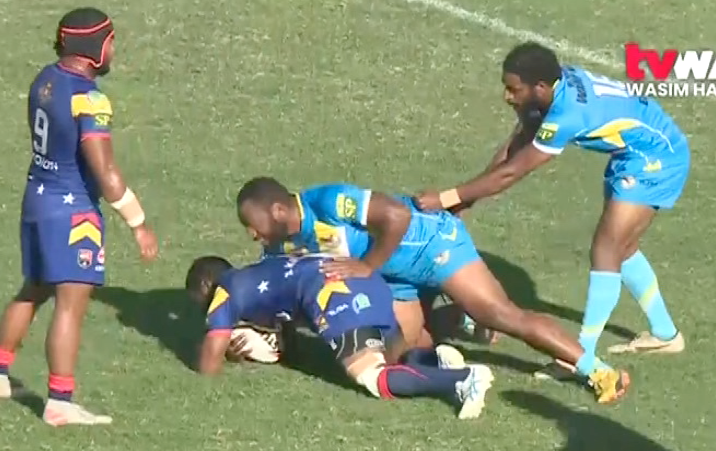 The Hela Wigmen have secured the third position after a convincing 20 points to 6 victory over the Hagen Eagles, in yesterday’s round six of the Digicel Cup in Port Moresby.

Wigmen Coach Charlie Wabo was happy with the team’s effort.

The Wigmen went over first in the 14th minute with a strong 10 meter run by prop forward Samuel Yagip.

An unsuccessful conversion saw the Wigmen remain on 4 points.

It was in the 36th minute that the Hagen Eagles struck back, with Manu Mikave scoring after a string of passes led to the try.

A successful conversion saw the Eagles take a 6-4 lead, that score remained until half time.

The try took the score to 12-8 in favor of the Wigmen, after a high tackle to Nanduke Rame, the Wigmen capitalized through five-eighth Judah Rimbu, fetching two more points through a penalty conversion.

The final try was scored by center Gilmore Paul ending the match 20 points to 6.

The win sees the Wigmen in third on the ladder.

Hela Wigmen Coach Charlie Wabo said the team had slacked off in the first half but adjusted themselves in the second half.

Wabo added the team still needs to work on their halves combination heading into their next match.