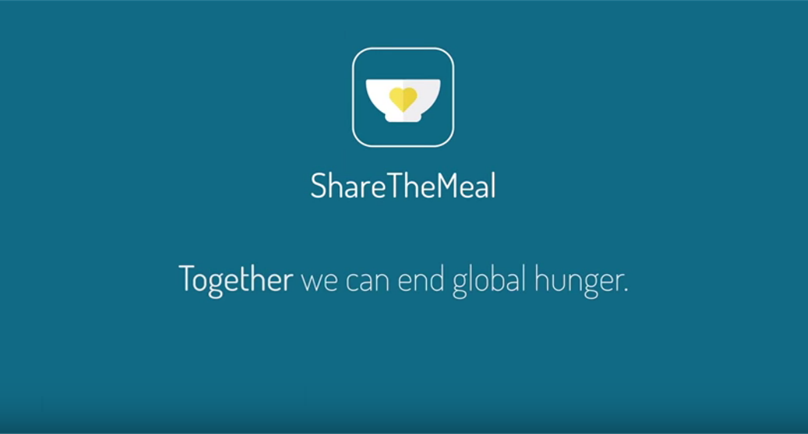 According to WFP, almost 400,000 users worldwide have already provided the equivalent of almost four million meals using the app.

With the app, users can donate 50 US cents (this is the global average cost, and varies depending on region and situation) or more and feed one hungry child a day. Users who donate can choose what WFP program they want their donation to go to. “The simple act of sharing a meal is how people all over the world come together.

“This digital version of sharing a meal is a tangible way that Generation Zero Hunger can act to end hunger,” said WFP Executive Director, Ertharin Cousin, at the launch of the app in November last year.

The goal now for ShareTheMeal is to make sure that 20,000 children, pregnant mothers and nursing mothers, at Aoun Distribution Centre in Homs, Syria, are provided nutritious food for an entire year.

“Malnutrition is a particular threat to children and people with chronic diseases trapped in these areas (besieged communities), making them more vulnerable to disease and longer-term under-development. Meanwhile, mothers who are malnourished are more likely to have malnourished children,” said WHO and UNICEF Regional Directors, Dr. Ala Alwan and Dr. Peter Salama, in a joint statement.

The first 1000 days of a child’s life is the most important in reaching mental and physical abilities, that’s why WFP feels it’s the right move to make – supporting both mothers and children.

“By providing mothers and their infants with nutritious food, we can help ensure they stay healthy and prevent the most vulnerable children from suffering even more,” Badejo adds.

Find out more about the world’s first app against global hunger, ShareTheMeal, on their website and help by making a donation.

Prince of Monaco to visit PNG