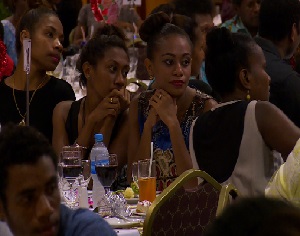 West Papuan youths in the National Capital District (NCD) of Papua New Guinea, hosted their inaugural Love and Romance Night, over the weekend. It was something new, and part of the cause for the fight, for West Papua’s freedom.

The event united West Papuan families in the city of Port Moresby, creating an atmosphere of strong family values, and friendship.

The aim of the night was for the youths to put aside their political frontline, in the fight for independence, and gather West Papuan families to celebrate Valentine’s Day.

Spokesperson, Frank Makanuey says unlike before, the West Papuan youth in PNG are now playing an active role in the fight for freedom.

Makanuey says they are generating support from Papua New Guinean youths as well, something that is most evident on social media.

The event was also a time to celebrate their culture, something that is widely suppressed in Indonesia.

Recently, PNG’s Prime Minister, Peter O’Neill, announced the country’s support for West Papua in which Mr Makanuey says will have a huge impact on West Papuan youths in PNG.