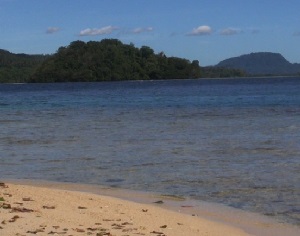 A key master plan that will drive the tourism potential of West New Britain Province is currently being developed by the region’s provincial government.

According to Provincial Administrator, Williamson Hosea, this plan will be a shift from the much talked about oil palm to tourism campaign.

Hosea said that West New Britain Province is virtually untouched, unexplored and unknown and has much to offer tourists.

And tourism is now a topic of discussion, developed to create economic empowerment and help raise the province’s internal revenue levels.

Walindi Plantation Resort, one of the few, has been promoting tourism in the province and thanked the West New Britain Provincial Government for realising the huge potential that can be offered.