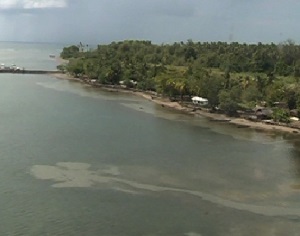 The people of Pomio District in West New Britain Province have been assured that dramatic changes to weather patterns experienced in the area, are not related to seabed mining activities as feared by locals.

The Minister for Environment and Conservation, John Pundari, made this assurance in his response to questions raised on the floor of Parliament, by the newly elected Member for Pomio, Elias Kapovare.

The Member for Pomio’said the people have become weary of seabed mining activities conducted by Nautilus Minerals Limited in the island of New Britain, after experiencing a recent increase of earthquakes and aftershocks, and continuous rough seas especially along the coast of Pomio District.

This is causing anxiety and fear amongst locals who rely heavily on traveling by sea to Kokopo to conduct business.

The concerned member was however assured by the Minister for Environment and Conservation that changes to the weather are unrelated to mining activities carried out on the seafloor, as environmental permits and mining leases are issued only after conducting proper environmental studies.

However, Mr Pundari said he will take up these concerns for further consideration with the Mining Minister, the Department of Mineral Policy and Geo Assets and the newly established Oceans Office.