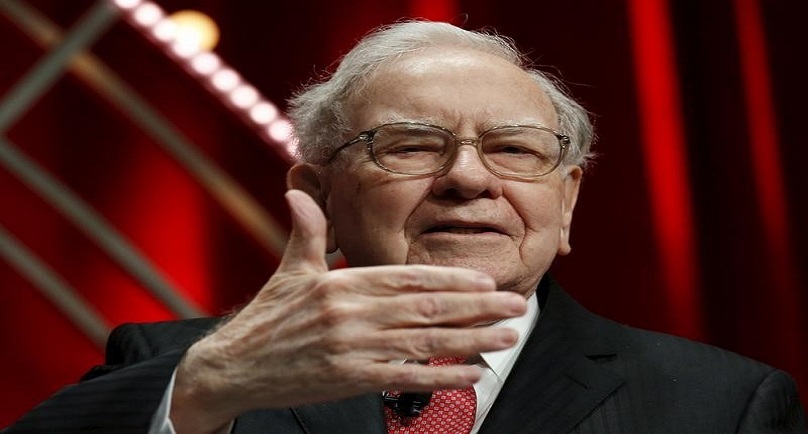 By Jonathan Stempel and Jennifer Ablan

The world’s third-richest person and a revered investor, Buffett also injected himself into the contentious 2016 U.S. presidential campaign, lambasting candidates who talk down the nation’s economic future as “dead wrong” – an apparent jab at Republicans and frontrunner Donald Trump.

Buffett, who is backing Democratic candidate Hillary Clinton, also raised a political issue dear to Democrats in his widely-read letter by calling climate change a “major problem for the planet,” although not one for Berkshire’s future.

Buffett, 85, also made no mention of who might succeed him at Berkshire, which he has run for a half-century, and in passing said he expects to be around at age 100.

The Omaha, Nebraska-based company reported a record full-year profit of $24.08 billion, up 21 percent, while operating profit rose 5 percent to a record $17.36 billion.

Fourth quarter profit was up 32 percent, and operating profit rose a larger-than-expected 18 percent.

But he has critics, and spent about 10 percent of his roughly 18,000-word letter defending 3G Capital, a Brazilian firm in which Berkshire owns 51 percent of Kraft Heinz Co, and Berkshire’s Clayton Homes mobile home unit.

Berkshire and 3G teamed up in 2013 to buy H.J. Heinz and last year merged it with Kraft Foods.

Buffett acknowledged that while he and 3G “follow different paths” in running businesses, 3G has been “extraordinarily successful,” and more ventures are possible.

“Jorge Paulo and his associates could not be better partners,” Buffett wrote.

Clayton has been faulted in articles in the Seattle Times for predatory lending and discrimination against blacks and Latinos, which the large mobile home builder denies.

But Buffett called Clayton a careful lender, and said it has escaped major regulatory fines despite 65 state and federal reviews in the last two years.

POLITICIANS, CLIMATE CHANGE
Buffett praised Berkshire’s earnings power, saying that only a catastrophic cyber, biological, nuclear or chemical attack on the United States posed a “clear, present and enduring danger” to the company.

Trump has repeatedly said the U.S. economy is in a “bubble” that he hopes will pop before he takes office. “I don’t want to inherit all this stuff,” he has said.

Buffett said such concerns are overblown.

“For 240 years it’s been a terrible mistake to bet against America, and now is no time to start,” Buffett said. “The babies being born in America today are the luckiest crop in history.”

Buffett urged shareholders to reject a proxy proposal that would require greater disclosures about how climate change might affect Berkshire’s insurance businesses.

“It’seems highly likely to me that climate change poses a major problem for the planet,” Buffett wrote. “But when you are thinking only as a shareholder of a major insurer, climate change should not be on your list of worries.”

Buffett touted the BNSF railroad and its leaders Matt Rose and Carl Ice, calling their $5.8 billion of capital spending to improve customer service after a poor 2014 “money well spent.”

The report also noted Buffett’s $2.6 billion loss as of Dec. 31 in his investment in IBM Corp

Buffett also lauded the work of top insurance executives Ajit Jain and Tad Montross, and called the hiring of Todd Combs and Ted Weschler, who each handle $9 billion of investments, “one of my best moves.”

As to succession, Buffett noted his advancing age and that of vice chairman Charlie Munger, 92.
But Buffett also said he plans to be around on Aug. 30, 2030, his 100th birthday, to announce that Berkshire’s Geico unit has passed State Farm as the biggest U.S. auto insurer.

“Mark your calendar,” he wrote.