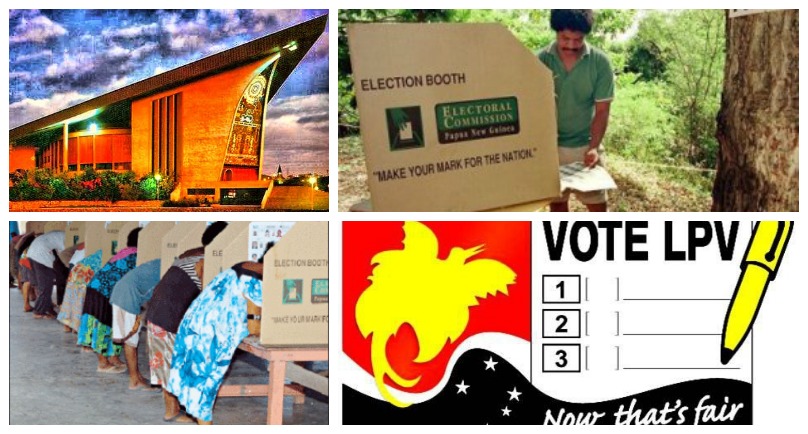 Papua New Guinea’s 2017 national elections are just around the corner, and it’s most important to know your part in the elections.

It is important to note that as a citizen, you have the social responsibility to take part in the elections by casting your vote.

Enroll Yourself in the Common Roll

Eligible voters seem to make year in year out; failing to enrol themselves in the electoral roll. Come election day and you find many angry voters demanding why this hasn’t happened. Do yourself a favour and check in advance with the electoral commission for your name under the right electorate. More often than not, it isn’t your fault if there is an issue, but it’s better to be safe than sorry.

Furthermore, when the day to enrol comes, adhere to given announcements (which are usually aired on radio, television ads, newspapers, and posters around the country) and enrol your name, or change details where it needs to be changed.

Many times people tend to complain about leaders in parliament who may or may not perform according to their given roles. As much as you can complain, remember, you voted them into power, or if you didn’t vote at all, than your lack of voting contributed in determining the placement of the winning candidate.

In order to ensure you get the right leader into power, take a look at their policies, deliberate on their area of concentration to see if it matches with what the people really need it, and measure their capacity in carrying out the task at hand.

It is widely known now that system of voting used in the PNG elections is the Limited Preferential Voting system (LPV). This system ensures that the chances of winning are spread out across the board of candidates contesting for any seat. So you’ll most commonly hear people say, “Anyone can win”.

With the LPV, you as a voter will cast your vote by placing 1, 2 or 3 in the box next to your preferred candidate in order of preference, ‘1’ being the top most preferred.

Winning votes through the exchange of material goods is far too common here in Papua New Guinea especially during election period. Though unfortunate for the swine itself, the number of pigs being slaughtered around election time is immense and every Tom, Dick, and Harry would want a piece of it. Cash handouts and promises of monetary value is skyrocketing, and on a “if you vote for me…” basis.

Eligible voters must be conscience and aware of the activities taking place around them.

If you witness any such activity, report it, or if you are being bribed, refuse and report it.

Women Voting in the Elections

The term “eligible voter”, means, anyone over the age 18 of sound mind. It does not discriminate against the right for women to cast their vote, however in some instances, women are seen as inferior and even shut off from casting their vote.

“Em meri yah, bai em mekim wanem samting” (She’s a woman, what good will she do), this kind of discrimination against women must be stopped. Every vote counts, and everyone must recognise that responsibility in voting for themselves and for others.

To learn more on how you can play your part in the upcoming 2017 national elections, visit the Transparency International website on how to take action.

If you are well versed in how to go about in the coming 2017 elections, educate others who may not be aware:
Limited Preferential Voting for Primary & Elementary School

“Be the change you want to see.” ~ Mahatma Ghandi