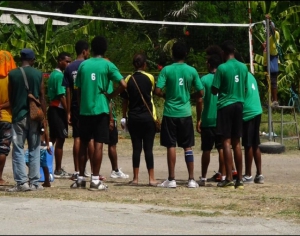 Fairfax Volleyball Association in the nation’s capital has attracted teams within the National Capital District and from the Magi Highway in Central province to compete in upcoming events.

Villages such as Barakau, Tubuseria, Pari and others around the city have generated great interest in the sport since the Fairfax Association was formed.

Fairfax Volleyball President, Kila Dick, said volleyball has been the longest-running sport in the country and many youths in communities have been attracted in using the sport as a tool for change.

He says sport plays an important role in human development and in doing so we are able to change the attitudes of young people in our societies.

Dick says changing the mindset of youths in the communities and distracting them from illegal activities can be done via sport.

His encouragement to other sporting codes is to get the message out there, and start finding young talent.

90 per cent of players in the Fairfax Volleyball Association are unemployed and the only thing they turn to is sport to keep them busy.