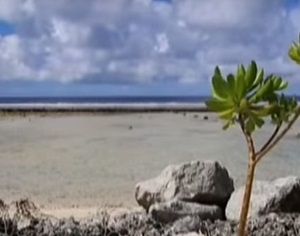 More dialogue between the governments of Pacific countries and environmental bodies are needed to address the effects of climate change, in the Pacific Region, says Papua New Guinea’s Opposition Leader, Don Polye.

Mr. Polye said Pacific countries are the worst affected and need the support of Australia and New Zealand in this global concern.

“Australia and New Zealand can play a part in voicing these concerns at the international level,” Polye said.

He said Australia and New Zealand are already big players in the pacific but Papua New Guinea can play a leading and vocal role in informing the first world countries on the impacts of climate change within the pacific.

“Carbon Credit Facilities must be built in each pacific country as an eradication measure to address climate change,” the opposition leader said.

However, in areas where there is limited information on current national affairs, most Papua New Guineans lack the understanding on the negative effects of climate change.

Thus such international meetings such as the 46th Pacific Island Forum that will begin in Port Moresby tomorrow are venues that should be used to discussion pacific concerns.

Jiwaka yet to draw up budget plan

Smugglers use Rice to Transport Drugs