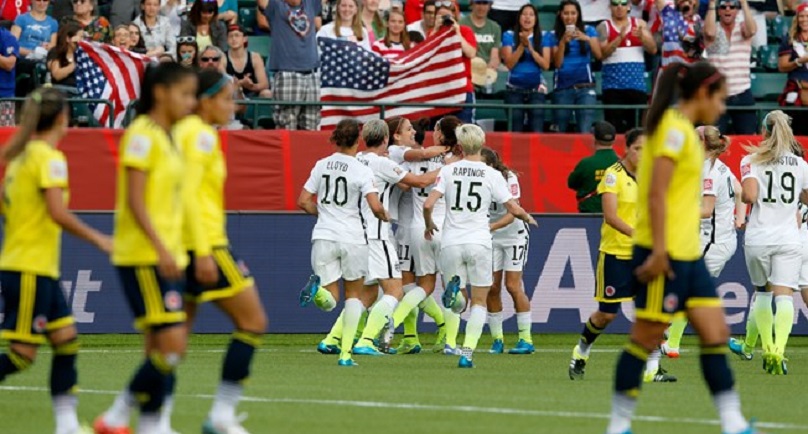 USA is into the women’s World Cup quarter-finals, after surviving a tough encounter with Colombia in an action-packed 2-0 win in Edmonton.

USA went in as favourites to win, but the closeness of the contest came as a surprise to many.

America’s Abby Wambach thought she had the opening goal inside the opening minutes, but was ruled offside, Colombia goal keeper, Catalina Perez, on her World cup debut, was tested by Wambach.

Colombia attacked their opponents whenever possible, and only falling behind following the dismissal of goalkeeper Catalina Perez early in the second half.

The first goal came eight minutes after the break when Alex Morgan received a pass in the penalty area, drilling a shot through the hands of the goalkeeper.

Thirteen minutes later USA doubled their lead through Carli Lloyd’s successful penalty, after a nasty tackle from Angela Clavijo as she burst into the penalty area.

The Live your goals player of the match was handed to USA’s Carli Lloyd.