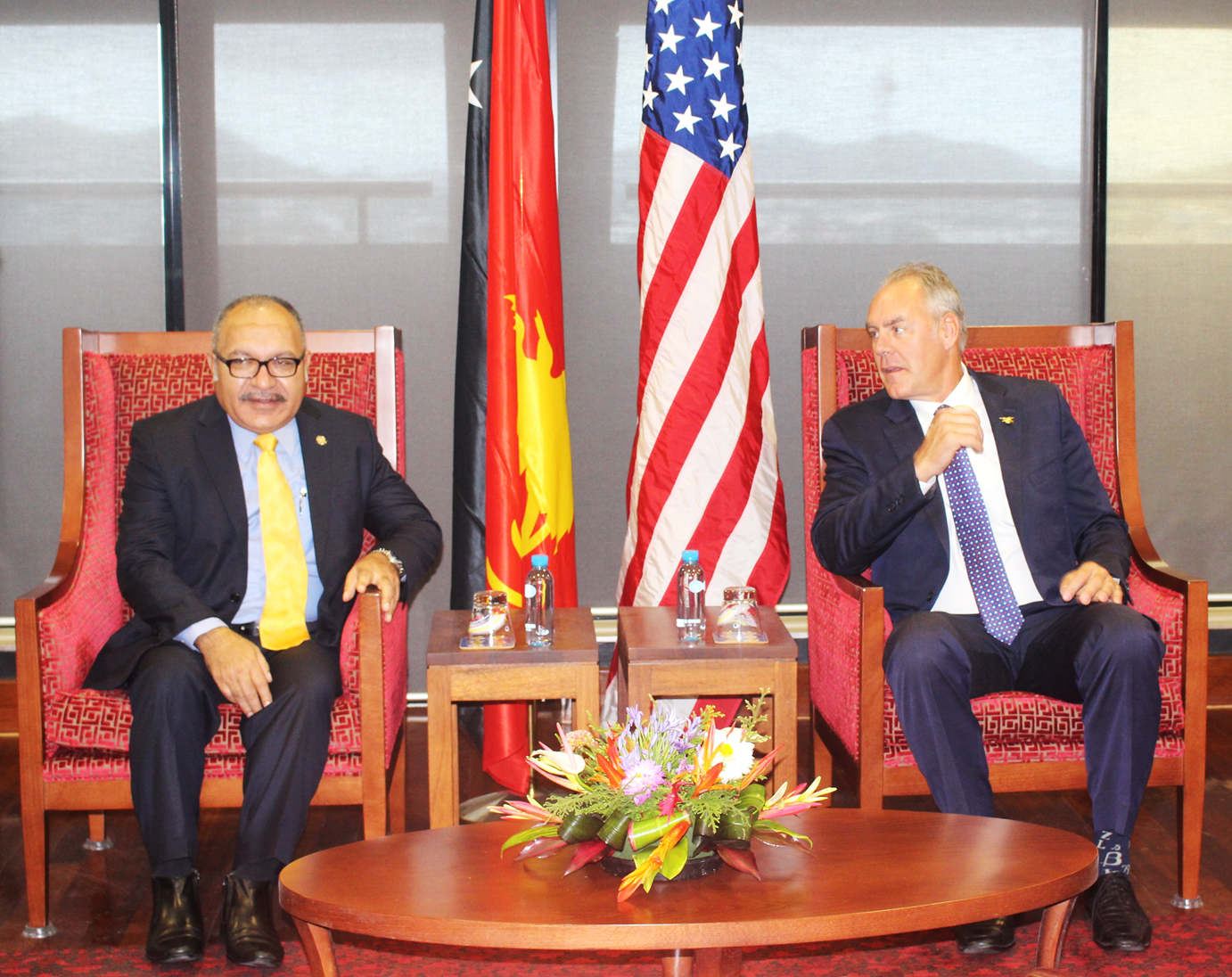 The United States’s Secretary of the Interior, Ryan Zinke, is the first cabinet secretary to visit PNG in nearly a decade.

Zinke who arrived yesterday, had high-level meetings with PNG officials, including Prime Minister Peter O’Neill. This highlights the importance of the PNG – U.S. bilateral relationship and continued engagement and support for development, defense and conservation efforts.

The U.S. Department of the Interior (DOI) has a long history of ongoing work with PNG, including natural hazards cooperation and technical support through the U.S. Geological Survey Bureau (USGS) under a Memorandum of Understanding with Geoscience Australia.

In the larger Pacific Islands region, the U.S. Secretary of the Interior also bears responsibilities for the U.S. territories of Guam, American Samoa and the Commonwealth of the Northern Mariana Islands and administers and oversees Federal assistance under the Compacts of Free Association to the Federated States of Micronesia, the Republic of the Marshall Islands, and the Republic of Palau.

These responsibilities are coordinated through the Office of the Assistant Secretary of the Interior for Insular and International Affairs and are also key to the President’s vision of a free and open Indo-Pacific.

Out of the media glare, Malia Obama graduates from high school