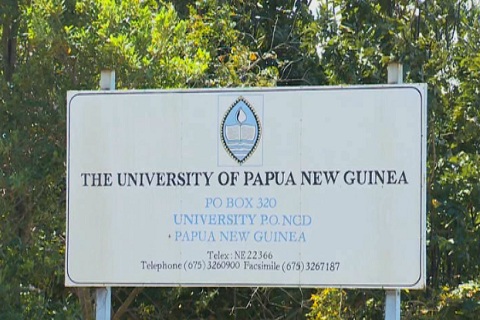 On Saturday,the bus stop area outsidethe UPNG campus became a war zone for almost an hour, as student groups on both ends ofthe freeway hurled rocks and bottles at each ther.

Traffic alongthe University of Papua New GuineaCampus came to a standstill for almost an hour today after a fight between student groups from two different ethnicities.

That incident escalated into an all-out clash betweenthe students’fromthe two provinces this morning at around 9 am.

After almost an hour,the tension subsided as both sides resigned inthe midst of police presence.

The University of Papua New Guineahas a zero tolerance policy on alcohol. However, it is understood that alcohol is smuggled in and consumed within campus.

The clash has also dampened a united effort bythe university in its criticism ofthe Asylum Seeker DealletweePNG and Australia.

Police saythe campus and surrounding areas will be monitored to prevent any futher clashes. There is still a feeling of animosity between both sides.