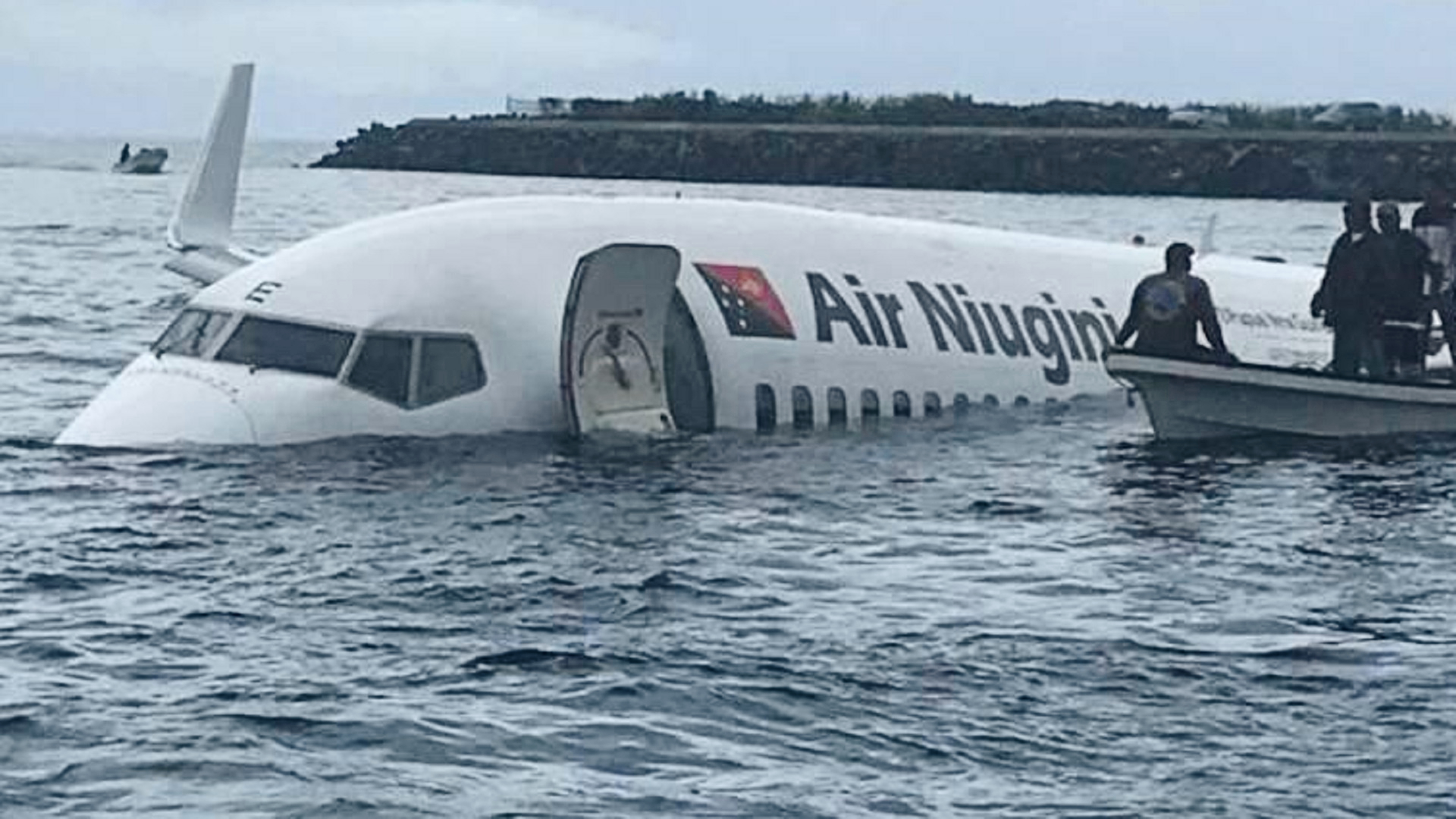 At 3 pm today (September 28, 2018), Air Niugini has provided the following update regarding the short landing of its Boeing 737-800 series aircraft at Chuuk International airport, Federated States of Micronesia (FSM) this morning.

“P2-PXE was operating scheduled flight PX 073 between Pohnpei and Chuuk Airport in FSM when the incident occurred. The incident occurred at 10:10 am FSM local time.  Air Niugini has been informed that the weather was very poor with heavy rain and reduced visibility at the time of incident.”

According to the Air Niugini, the aircraft had 35 passengers and 12 crew members on board, all of whom were able to safely evacuate the aircraft.

Air Niugini is now positioning assistance to Chuuk for the passengers and crew.

The National Airline of PNG also reported that they are in touch with the embassies, passenger representatives, stakeholders and families of the crew.

“We thank everyone in Chuuk for the assistance provided today. Our thoughts and prayers are with the passengers, crew and their families at this time.”

Meanwhile, Deputy Prime Minister of Papua New Guinea, Charles Abel has also confirmed with EMTV News this afternoon, that an investigation team from PNG Accident Investigation Commission is on its way to FSM to assist local authorities to investigate the incident.

PX overshot runway into Chuuk Lagoon upon landing in FSM