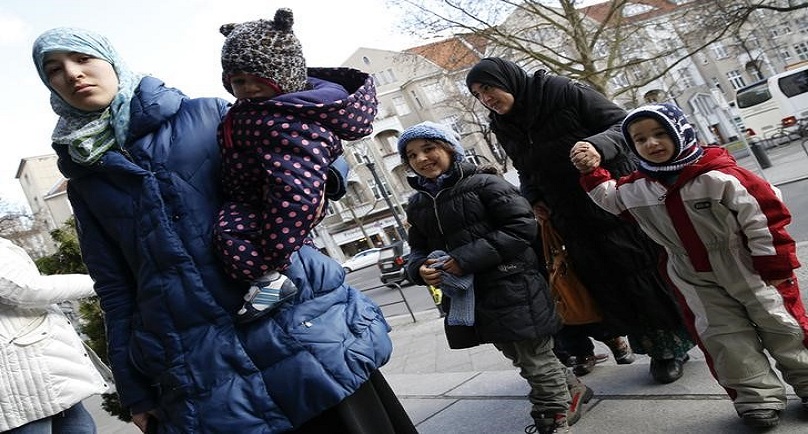 ATHENS (Reuters) – The number of refugees and migrants trapped in Greece may reach 70,000 in coming weeks, Greece’s migration minister said on Sunday, adding that a NATO plan to crack down on smugglers could limit migrant flows significantly.

Greece, a primary gateway to Europe for tens of thousands of people fleeing war in the Middle East and beyond, has been inundated with refugees and migrants after border shutdowns through the Balkans, stranding thousands in the country in the past ten days.

“We estimate that we will have a number of people trapped in our country which will be between 50,000 and 70,000… I believe in the coming month,” Migration Minister Yannis Mouzalas told Greek Mega TV.

About 22,000 migrants and refugees were already in Greece, he said.

At Idomeni, a small community on Greece’s northern border with Macedonia, a Reuters witness saw dozens of people, including families, walking towards the frontier to join an estimated 6,000-7,000 more at a makeshift camp where many pitched tents in a field close to a razor wire fence. More buses with migrants were on their way.

Last week, NATO envoys set out how ships already deployed in the Aegean, including Turkish and Greek vessels, will pass intelligence and reconnaissance information to Turkish and Greek coastguards and to the European Union border agency, Frontex, as well as returning to Turkey any migrants NATO crews rescue.

The plan is aimed at complementing an EU accord with Turkey to stem the flow of refugees arriving in Europe.

“If the NATO plan is implemented… it could reduce the inflow by about 70 percent,” said Mouzalas. Asked whether the operation could end arrivals, the minister responded: “No, migration cannot be sealed.”

Greece has asked for emergency funding from Europe to tackle the unprecedented crisis which is testing the crisis-hit country’s limits, Mouzalas said, without providing details on the amount requested.

Athens has asked for tents, blankets, sleeping bags, transport vehicles and ambulances among other supplies, a government official told Reuters.