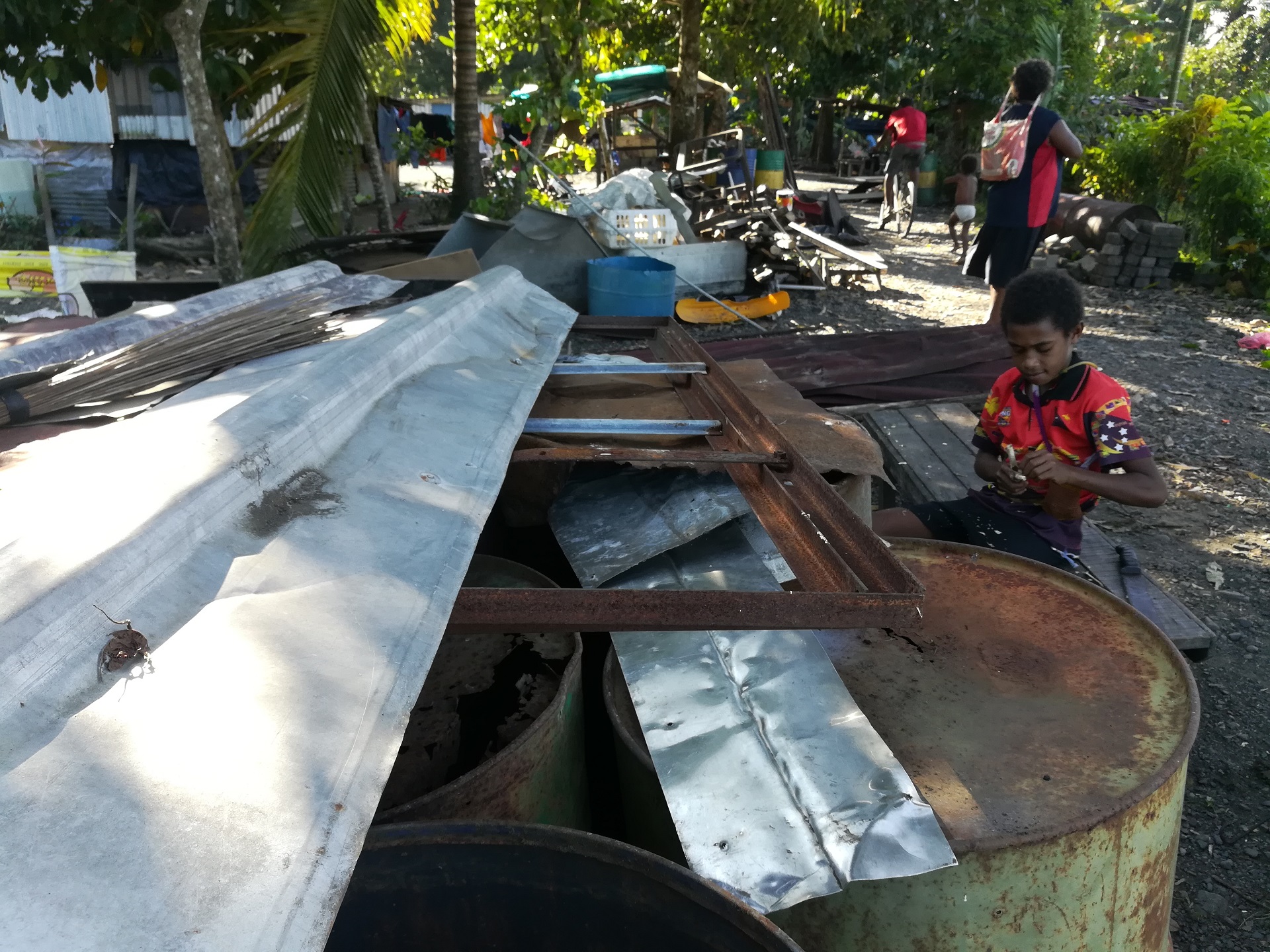 Up to 200 people living along the Busu river in Lae are homeless after severe flooding that happened on the weekend.

Since Sunday, families living along the Busu river have been moving property and building materials away from the edge of the river.

22 houses were washed away. The Busu river has been eating into the river bank threatening other buildings.

Willie Kitiga, a longtime resident, said his store and house which stood meters away from the river bank were washed away.

“We have people who work in the city who live here. The flooding has affected them too.”

The first settlers came here in the 1950s. Their children have lived here ever since. Some of the displaced have taken shelter with friends and relatives.

But now the community will have to make some important decisions about where move to settle.