If I could have people do one thing to help tree kangaroos and rain forests, it would be to take care of wildlife in your own backyard or community. If we all do what we can locally it will make a difference —Dr. Lisa Dabek

“We are happy to celebrate the success of the two unique community-led initiatives from Papua New Guinea, which have been internationally recognised”, said Roy Trivedy, UNDP Resident Representative in Papua New Guinea.

The winners from PNG were selected among 1,234 nominations from 121 countries across the world. Equator Prize 2014 winners were celebrated at the Equator Prize 2014 Award Ceremony at the Lincoln Centre, New York, on 22 September 2014; in support of the UN Secretary General’s Climate Summit and the World Conference on Indigenous Peoples.

The prestigious ceremony, attended by over 2,400 people, was hosted by UNDP and partners, which saw the winners receiving monetary awards and international recognition. Awardees also participated in community dialogue at the UNDP headquarters.

“The evening was a celebration of leadership by indigenous and local communities working to meet climate and development challenges through the conservation and sustainable use of nature.”

UNDP will also host local award ceremonies in March this year, to “mark the achievements of the winning projects”.The ceremonies will be staged in both Lae and Buka. 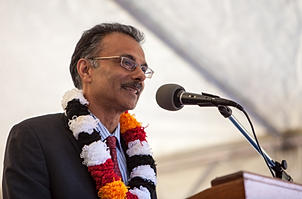 “We are happy to celebrate the success of the two unique community-led initiatives from Papua New Guinea, which have been internationally recognised.

“These projects demonstrate the commitment of Papua New Guinean’s to contribute to the country’s development and provide practical solutions to pressing issues. Community involvement in decision-making is a key component of success. It ensures long-term sustainable outcomes.”

He added that it is hoped that the projects’ success will inspire more individuals and communities to create, contribute and implement positive changes in their localities.

“The UN team in Papua New Guinea is committed to support communities by sharing our knowledge, skills and expertise.”

The Tree Kangaroo Conservation Program is the first of its kind in PNG and covers 78,729 hectares of habitat, protecting endemic and endangered wildlife species. TCKP is a community conservation area, and locally owned forest in the Yus Local Level Government, of the Kabwum District, Morobe Province. YUS stands for Yupna, Urawa and Som Rivers, the principal watersheds of the area; and is home to more endemic bird and mammal species than any other like-sized area in mainland New Guinea.

The program began in 1996, under the direction of Dr. Lisa Dabek, Director of Field Conservation at the Woodland Park Zoo in Seattle, United State of America. TKCP undertakes a range of activities to protect the watershed and provide the local population with sustainable livelihoods.

The project focuses on the Matschie’s or Huon tree kangaroo (Dendrolagus matschiei ) which is endemic to the Huon Peninsula.

The organisation has partnered with the private sector and the government on a conservation livelihoods program and a coffee-harvesting project, which has brought in more than USD 20,000. Revenues from this program have been invested into community health, education and conservation projects.

The initiative represents a unique model of community mobilisation and leadership, and is the first time that the diverse collection of indigenous communities involved in the initiative have come together to advance a shared conservation and sustainable livelihoods agenda. 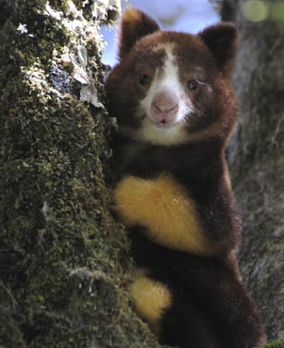 The program was supported by UNDP in Papua New Guinea through the Global Environment Facility Small Grants Program. It provided TKCP with a US$50,000 grant in 2013 that enabled the NGO to support conservation of biodiversity in the district and promote sustainable livelihood practices for the benefit of local residents. 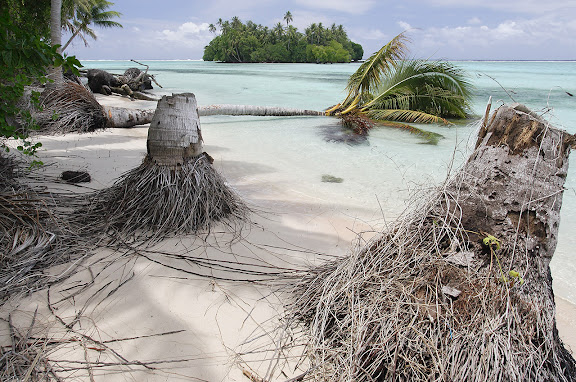 relocation efforts in the region.

Facing sea level rise, food shortages due to saltwater flooding, and other threats associated with climate change, this NGO has organised voluntary relocation of the indigenous peoples of the Carteret Islands.

The community-based approach to relocation offers a positive resettlement model for other atolls in the region, and has had the unexpected benefit of improving inter-island trade, which boosts local resilience and livelihoods.