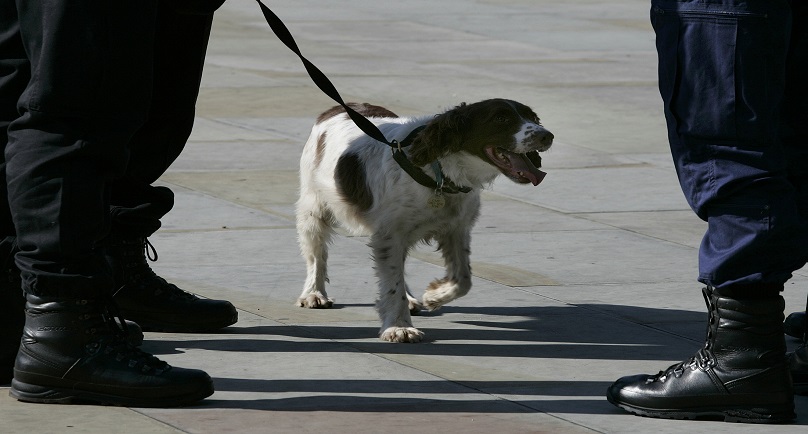 LONDON (Reuters) – A team of sniffer dogs set up at a Brit’sh airport at a cost of 1.25 million pounds ($1.7 million) have proved adept at discovering small amounts of cheese and sausages but not so good at finding smuggled drugs, a report said on Thursday.

An inspection of border security at Manchester Airport in northern England found that during a seven-month period, the six dogs had failed to find any illegal class A drugs, those considered the most dangerous such as heroin or cocaine.

“The deterrent effect of the detection dogs was difficult to measure, but seizures alone represented a low return on investment, given 1.25 million spent on new kennels and the costs of operating the unit,” said the report by the Independent Chief Inspector of Borders and Immigration.

Each dog has its own speciality in detecting goods such as drugs, tobacco, cash and meat being illegally brought into the airport by the 22 million passengers who use it annually.

However the report found that although the sniffers had helped customs seize 46 kg of cigarettes and 181 kg of meat, they had uncovered no class A drugs between November 2014 and June 2015 even though this was a “very high” priority.

It’said one dog trained to find smuggled animal products had made “multiple accurate detections, but most were of small amounts of cheese or sausages, wrongly brought back by returning Brit’sh holidaymakers and posing minimal risk to UK public health”.

Managers are now examining how better to deploy the dogs, the report said.

PNG Prime Minister back from his first State Visit to Australia