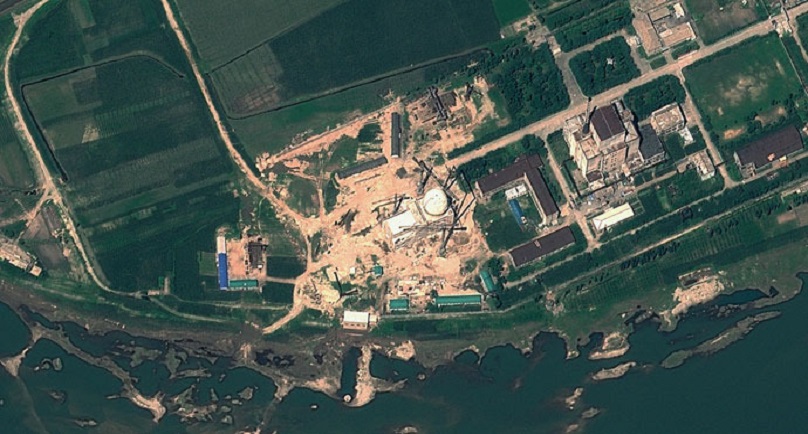 WASHINGTON (Reuters) – Recent satellite images have shown “suspicious” activity at North Korea’s main nuclear site at Yongbyon, which could mean reprocessing is under way to produce more plutonium for atomic bombs, a report published by a U.S. research institute said on Monday.

The report on the 38 North website said that in the past five weeks, exhaust plumes had been detected on two or three occasions from the thermal plant at Yongbyon’s Radiochemical Laboratory, the site’s main reprocessing installation to produce plutonium.

“Exhaust plumes have rarely been seen there and none have been observed on any examined imagery this past winter. The plumes suggest that the operators of the reprocessing facility are heating their buildings, perhaps indicating that’some significant activity is being undertaken, or will be in the near future,” the report said.

“Whether that activity … means reprocessing additional plutonium is underway or will be in the near future remains unclear,” it’said.

However, the report noted that in Feb. 9 congressional testimony, the director of U.S. National Intelligence, James Clapper, had said North Korea could begin to recover plutonium from spent fuel at Yongbyon “within a matter of weeks to months.”

The prospect of North Korea acquiring more plutonium will be looked on with concern by members of the United Nations Security Council, including Pyongyang’s sole major ally, China. The council agreed to tough new sanctions on North Korea after it conducted its fourth nuclear test on Jan. 6 and a long-range rocket launch a month later.

Experts at 38 North, a website run by the Johns Hopkins University’s School of Advanced International Studies in Washington, predicted in February last year that North Korea’s nuclear weapons stockpile could grow to 20, 50 or 100 bombs within five years, from an estimated 10 to 16 weapons at that time.