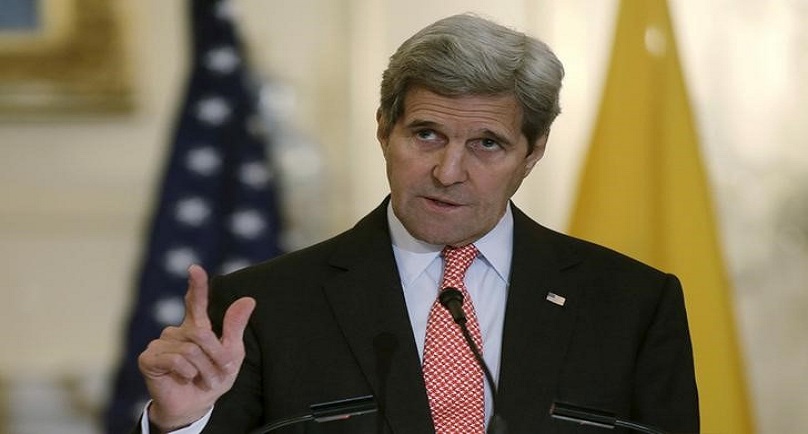 WASHINGTON (Reuters) – The United States vowed on Saturday to take all necessary actions to defend itself and its allies following a North Korean rocket launch, and said it would seek “significant measures” in the U.N. Security Council to hold North Korea to account.

The long-range rocket launch, carried out in defiance of international warnings, drew threats by U.S. lawmakers of new sanctions, calls for expanded missile defense and criticism from Republican presidential candidates that President Barack Obama had failed to deter Pyongyang.

North Korea said the rocket carried a satellite, but its efforts have raised strong suspicion in Washington that Pyongyang is seeking to eventually develop ballistic missiles capable of reaching the United States.

Obama’s senior aides responded quickly with harsh condemnation of the reclusive government, appealing for a unified international front and reaffirming of Washington’s commitment to the defense of allies Japan and South Korea.

“We call upon the international community to stand together and demonstrate to North Korea that its reckless actions must have serious consequences,” said Susan Rice, Obama’s national security adviser.

Senior U.S officials said North Korea’s “provocations” threatened Washington’s interests and its allies’ security. But U.S. authorities who tracked the rocket’s trajectory said there was no sign it had posed a direct menace to the United States or its friends in the region.

The rocket launch, on the eve of Sunday’s U.S. Super Bowl, when tens of millions of Americans tune in for the annual pro football championship game, came just weeks after North Korea conducted a nuclear bomb test.

The United States and China, North Korea’s main ally and neighbor, have appeared divided over how to respond to the North Korean nuclear explosion, with Washington urging tougher sanctions and Beijing stressing the need for dialogue.

Secretary of State John Kerry said the United States would “continue to work with our partners and members of the UN Security Council on significant measures to hold the DPRK to account.” North Korea’s official name is the Democratic People’s Republic of Korea.

U.S. Senator Bob Corker, Republican chairman of the Senate Foreign Relations Committee, vowed to push ahead in the coming week on legislation to tighten sanctions on North Korea, targeting “a wide range of the regime’s illicit activities.”

Other lawmakers called for beefing up South Korea and Japan missile defense systems.
Republican White House contenders, whose debate in New Hampshire coincided with the rocket launch, seized the opportunity to criticize

Obama’s strategy toward North Korea, and by extension Democratic presidential front runner Hillary Clinton, his secretary of state during his first term.

“They do not understand anything but toughness and strength,” New Jersey Governor Chris Christie said of North Korea during the eighth Republican presidential debate. “We need a strong commander in chief who will look these folks in the eye and say, ‘We will not put up with this.’”

“China says they don’t have that good of control over North Korea. They have tremendous control,” Trump said. “Let China solve that problem, they can do it quickly and surgically. That’s what we should do with North Korea.”

Republican contender Jeb Bush went as far as saying if he were president he would resort to a pre-emptive strike on North Korea if “necessary to keep us safe.”

Pope Francis Calls To Do Away With Atomic Weapons