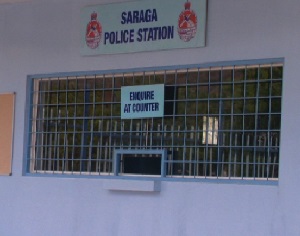 Police brutality is a problem that remains attached to the constabulary.

NCD Metropolitan Superintendent, Benjamin Turi, said this in meeting with the Saraga Peace and Good Order Committee from six mile, in Port Moresby this week.

Six mile is synonymous with its lawlessness.

The Saraga Peace and Good Order Committee, created in 1996, has worked tremendously hard to change this once notorious part of Port Moresby, and transform it into a better place.

However in 2013, the brutal attack of 74 men at six mile by police brought to light PNG’s ugly side of law enforcement.

This attack and many more have prompted community leaders to address police brutality, with the help of the police themselves.

“People from all classes and in the settlement have been abused by police and six mile residents are concerned about the increase of victims of police victimisation” said Kaupa.

Turi believes examining the mentality of officers, through counseling measures, is the way forward in addressing police brutality.

“Sometimes it is the policemen that instigate the problem by not thinking and resorting to firearms to chase people, which is reflective of the bad mentality, when we should be implementing proper policing instead” Turi explained.

Although no specific details were given on the counseling measures, he said his administration would be working closely with the Australian Federal Police engaged in supervisory roles here in PNG.

The appointment of new station commanders, by Turi, will also see them accountable for the actions of their officers.