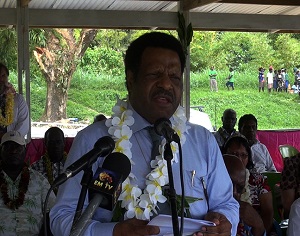 Dr Kombra made the announcement at the Bougainville Education Act 2013 launch event which was held recently in Arawa, Central Bougainville.

The Tuition Fee Free policy is a national government initiative aimed at supporting schools in their day to day operations throughout the academic year.

Dr Kombra said that K605 million was budgeted for this year, which remains the same as what was allocated during 2014.

He also said that once payments are processed, all schools throughout the country will be notified through the media.

Parents and citizens have been told to rest assured that the funds will be spent responsibly, with schools to take ownership for how these can be best spent to improve the level of education at their respective facilities.