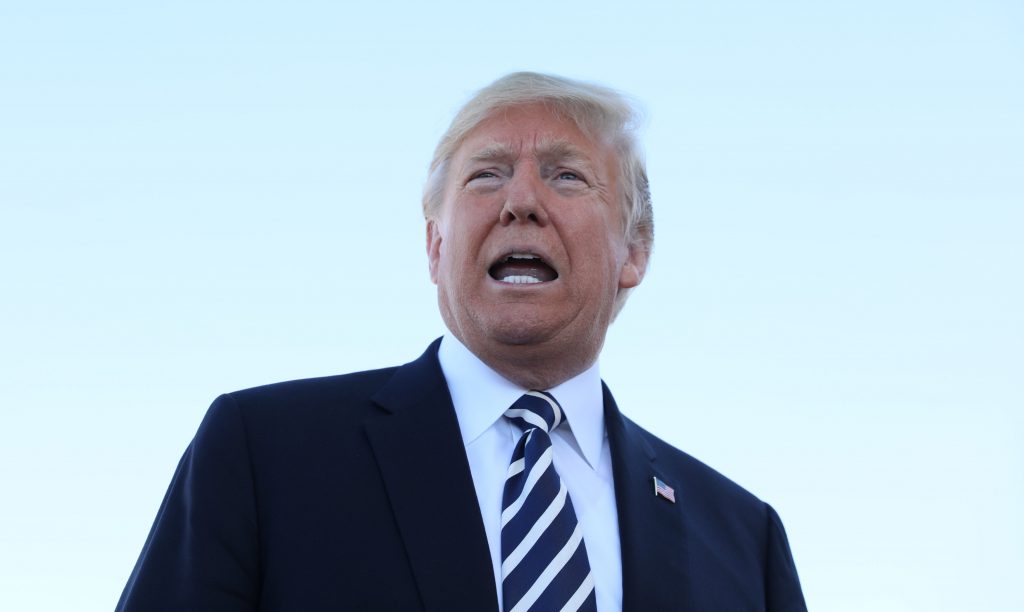 (Reuters) – The government of U.S. President Donald Trump is attempting to strip transgender people of official recognition by creating a narrow definition of gender as being only male or female and unchangeable once it is determined at birth, The New York Times reported on Sunday.

The Department of Health and Human Services has undertaken an effort across several government departments to establish a legal definition of sex under Title IX, the federal civil rights law that bans discrimination on the basis of sex, the Times said, citing a government memo that it obtained.

That definition would be as either male or female, unchangeable, and determined by the genitals a person is born with, the Times reported.

Such an interpretation would reverse the expansion of transgender rights that took place under the previous administration of President Barack Obama.

It would also set back aspirations for tolerance and equality among the estimated 0.7 percent of the population that identifies as transgender. Most transgender people live with a profound sense that the gender assigned to them at birth was wrong and transition to the opposite sex, while others live a non-binary or gender fluid life.

A spokeswoman for the Department of Health and Human Services (HHS) declined to comment on what she called “allegedly leaked documents” but cited a ruling by a conservative U.S. district judge as a guide to transgender policy.

Ruling on a challenge to one aspect of the Affordable Care Act, U.S. District Judge Reed O’Connor in Texas found in 2016 that there was no protection against discrimination on the basis of gender identity.

“They are saying we don’t exist,” said Mara Keisling, director of the National Center for Transgender Rights, in an interview.

The Trump administration has sought to ban transgender people from military service and rescinded guidance to public schools recommending that transgender students be allowed to use the bathroom of their choice.

A draft of the Trump administration memo says gender should be determined “on a biological basis that is clear, grounded in science, objective and administrable,” the memo says, according to the Times.

Medical science seeking to explain what makes people transgender is in its infancy.

Psychiatrists no longer consider being transgender a disorder and several U.S. courts have found the Obama interpretation of protecting transgender people against discrimination as sound. But the Trump administration has chosen to abide by the ruling of O’Connor, the Times said.

“The court order remains in full force and effect today and HHS is abiding by it as we continue to review the issue,” Roger Severino, the director of the Office for Civil Rights at the Department of Health and Human Services, said in a statement.